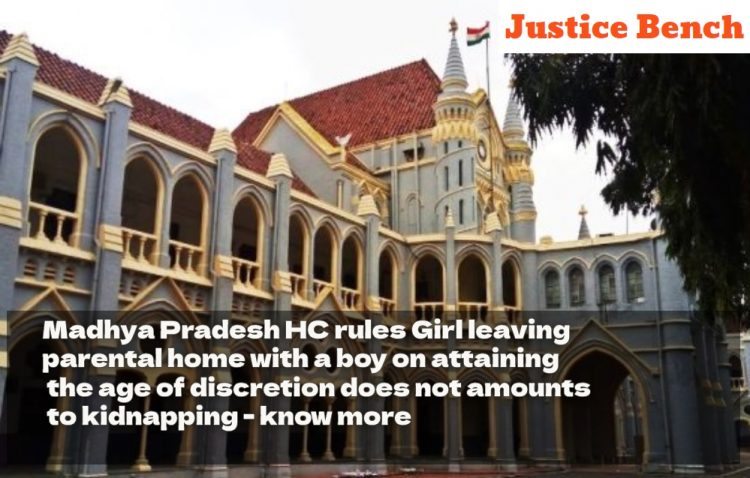 Recently the Madhya Pradesh High Court in Manoj Sahu vs State of Madhya Pradesh case stated that when a girl, who has attained the age of discretion, when leaves her parents’ house to be with a boy who facilitates the same, it will not amount to kidnapping or abduction.

The Bench comprising Justice Dinesh Kumar Paliwal, had set aside an order of a trial court at Umariya district of Madhya Pradesh convicting the appellant for abducting a girl in December 2019.

Further, the court held that neither could the prosecution prove the case of kidnapping against the accused nor the age of the victim.

“In this case prosecution has failed to establish that at the time of commission of offence the age of prosecutrix was below 18 years of age. Even if it was on the border line, there is sufficient evidence to establish that she attained the age of discretion. Where a prosecutrix at the age of discretion leaves her parental home and the accused simply facilitates her in fulfillment of her desire, it can not be said to be an act of kidnapping or abduction,”.

The incident took place in 2016 when the alleged minor victim aged 17 years and 6 months had left her house for school but did not return.

In another incident that occurred on the same day in the same village, the appellant was also untraceable and the girl’s father alleged that he might have lured and kidnapped his daughter.

An FIR i.e., first information report was registered against the appellant at Umariya Police Station based on the father’s complaint about the offense of kidnapping under Section 363 of the Indian Penal Code (IPC).

The appellant appealed before the high court after the trial court convicted him.

Justice Paliwal observed that neither the girl nor her parents could show any evidence to prove that her age was below 18 years old.

According to the material available before the Court observed that the victim had deposed that she had on her own free made a call to the appellant, went to Nagpur with him and remained with him for 6 to 7 months before coming to Umaria.

The High Court further stated that there was no evidence that the accused had taken the girl forcibly or that she was below 18 years of age.

“There is no evidence on record to show that she was taken forcibly or was induced by appellant/accused to go to Nagpur. On meticulous scrutiny of evidence of prosecutrix it can be easily inferred that she who was above 18 years of age at the time of occurrence had gone with the accused voluntarily”. 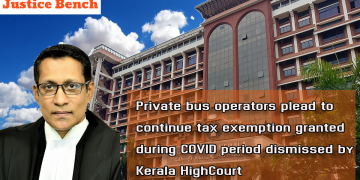 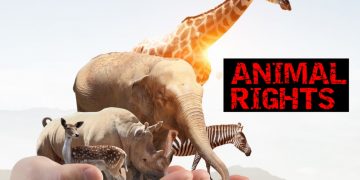