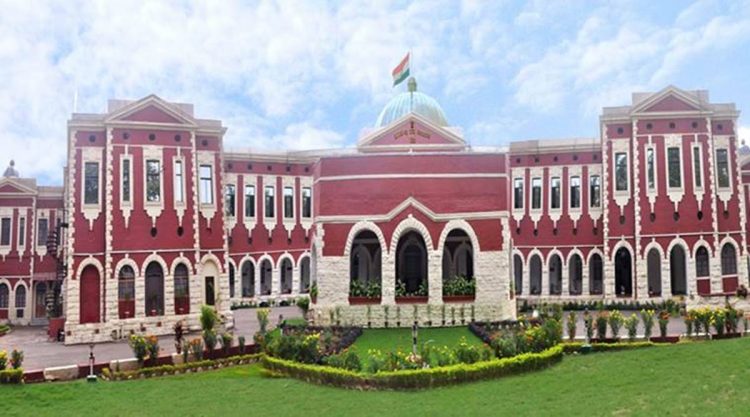 In the case of Shiv Shankar Sharma v. State of Jharkhand and ors, the Jharkhand High Court Bench of Chief Justice Ravi Ranjan and Justice Sujit Narayan Prasad held the batch of public interest litigation (PIL) against the State’s incumbent Chief Minister Hemant Soren filed on charges of money laundering, embezzlement of funds, and granting of mining licence maintainable on Friday, not persuaded to throw out the pleas at the threshold on technical.

The Court dismissed all the objections to the maintainability of the PILs and listed mater on June 10th.

The respondents’ counsel primarily objected to the PILs on the following grounds:

It was emphasised that the High Court should first verify the present PIL-prima petitioner’s facie credentials before hearing the plea.

The Bench stated right away that the petitioner’s evidence demonstrated that he has no personal interest in the current PILs, either directly or indirectly.

On the issue of technicality in hearing the PILs, the Bench emphasised that even if rules were not strictly followed,

The High Court observed that the word “shall” in the relevant procedural rules for filing PILs was insufficient to determine whether the provision was mandatory or advisory and reiterated that procedural law cannot get in the way of substantive justice, citing the Supreme Court decision in Chinnammal & Ors v. P Arumugham & Anr and others.

It ruled that the petitioner’s father’s objection was not legally valid.

“It is a different thing that he may have now surrendered the lease. Such being the admitted position, the mala fide point or the issue of biased approach by the writ petitioner would not be acceptable at all. The allegation cannot be said to be a farce. What ultimately would be the fate of the writ petition lies in the womb of morrow but how such petition could be thrown away at the threshold?“

The Bench noted that the relevant mining lease had now been surrendered.

Concerning the fact that remedies under the CrPC had not been exhausted prior to approaching the High Court, the Bench noted that the power to refer an investigation to the Central Bureau of Investigation (CBI) and/or other central agencies is “admittedly not there with the Magistrate,” who otherwise hears matters filed through police complaints. As a result, the PILs were determined to be maintainable.

The High Court Bench was following the orders of the Supreme Court Bench of Justices DY Chandrachud and Bela M Trivedi which directed to proceed according to law, which had directed it on May 24 this year to decide upfront the maintainability of the PILs against CM Soren.

The Jharkhand government had pleaded the Supreme Court to intervene in the ongoing proceedings in the High Court against a Bench led by the High Court’s Chief Justice, who had directed the CBI to investigate the matter based on a sealed cover report from the Enforcement Directorate (ED).

The Supreme Court has directed the ED to investigate 15 first information reports (FIRs) regarding alleged embezzlement of MNREGA (Mahatma Gandhi National Rural Employment Guarantee Act) funds; one to investigate investments by the CM’s farming company; and a third to sanction prosecution of the CM for allegedly granting himself a mining licence.

Senior Advocate Kapil Sibal, appearing for the State, informed the apex Court that the PIL-petitioner had a history of filing pleas and testifying against the CM, for which he had previously been convicted. However, neither this fact nor the fact that similar pleas and special leave petitions had previously been dismissed on merit were disclosed.

According to Solicitor-General Tushar Mehta, the current proceedings were initiated by central agencies, which had submitted their report in a sealed cover. He was concerned about evidence being destroyed, owing to the serious nature of the allegations.

The Bench had noted that the case had been heard on a Saturday, to which the SG responded,

“If I place the evidence before your lordships, this Court would have done the same.“

Mukul Rohatgi, a senior advocate and former Attorney General who represented the Chief Minister, contended that the High Court had grouped several cases together. “Why is it being done in this specific case? Justice must be seen to be served. Lordships have always frowned on sealed covers “and claimed that it had unnecessarily heard them during vacations, citing recent decisions by Benches led by the Chief Justice of India concerning such documents.

Apart from the aforementioned Senior Counsel, who also appeared before the High Court, the following counsel represented the parties before the current Bench: