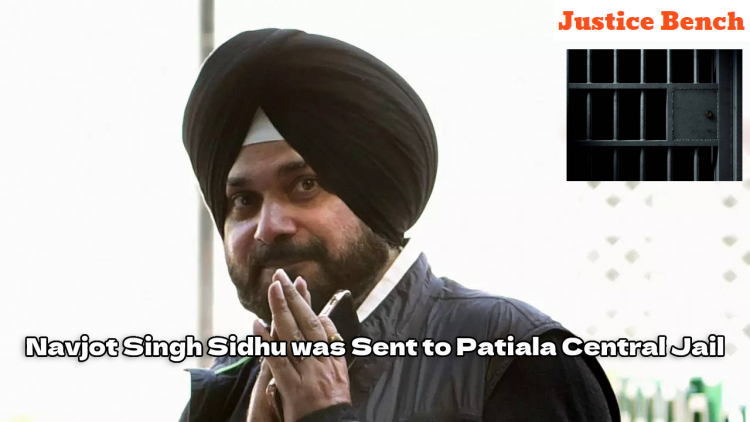 Navjot Singh Sidhu, a Congress leader, surrendered before Patiala Chief Judicial Magistrate Amit Malhan on Friday to begin serving a prison sentence given by the Supreme Court in a 1988 road rage case in which he was let off with a meagre 1,000 fine three years ago.

After a cursory medical checkup at the Mata Kaushalya Hospital, CJM Amit Malhan signed off on the conviction warrant roughly 45 minutes after Sidhu entered his courtroom at around 4 p.m., and ordered him to be sent to the Patiala central jail.

According to his lawyer, HPS Verma, Sidhu, 58, underwent surgery, is on medication, and requires a particular diet that excludes wheat flour. “We have told the court about medical and special food facilities,” Sidhu’s media adviser Surinder Dalla said, optimistic that the court will take the plea into consideration.

Patiala Central Jail had been prepared for a new detainee for hours. On Friday morning, Punjab’s additional director general of police Verinder Kumar paid a quick visit to the prison to inspect security arrangements near the barrack where Sidhu is likely to be placed.

The chief police officer was briefed on the security plans. He referenced jail rules to emphasise to prison officials that no detainee was entitled to preferential treatment. Officials then claimed that Kumar’s visit was regular and that Sidhu would be one of the jail’s numerous high-profile detainees. Sidhu’s archrival Bikram Singh Majithia, who confessed in February this year in a narcotics trafficking case, is also imprisoned in Patiala.

Senior lawyer Abhishek Manu Singhvi petitioned the Supreme Court for an extension of time to surrender on medical grounds earlier in the day, but Chief Justice of India NV Ramana refused the motion.

In a 1988 road rage case in which he was let off with a meagre Rs. 1,000 fine three years ago, a three-judge bench led by CJI Ramana sentenced the Congress leader to one year in prison on Thursday.

Before leaving home at around 3.50 p.m., Sidhu received political leaders who came over to show their support. The court complex is roughly a kilometre away. According to a close aide of Sidhu, several others, including Congress national secretary Priyanka Gandhi Vadra, expressed their support over the phone.

Partap Bajwa, the assembly’s opposition leader, has also stated his solidarity for Sidhu. “The INC submits to the Hon. Supreme Court’s ruling,” he tweeted. “Moreover, the Punjab Congress and I shall stand solidly behind @sherryontopp and his family through this tough time.”