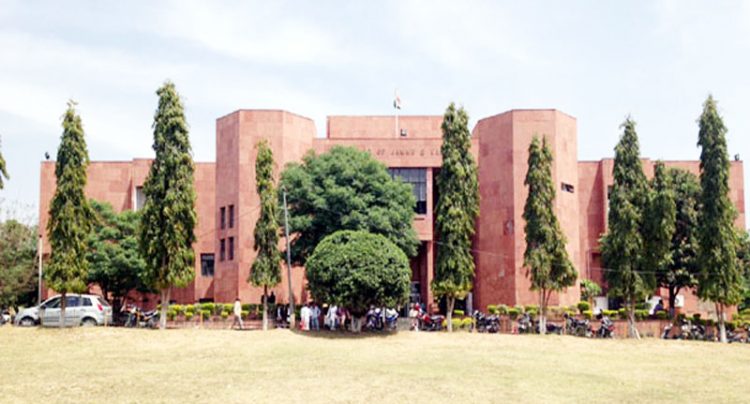 The High Court of Jammu & Kashmir and Ladakh  in the case of Sandeep Singh & Ors V/s Nisar Ahmad Dar quashed the complaint and cheating proceedings against the office bearers of a company called ‘Aizen Communication Pvt. Ltd.’ for allegedly defrauding one Nisar Ahmad Dar of Rs. 3 crores.

The High Court of Jammu & Kashmir and Ladakh has held that criminal proceedings against a company’s office bearers cannot be brought until specific charges against the office bearers have been made and the company has been named as a accused.

The allegation and cheating procedures against office bearers of a company called ‘Aizen Communication Pvt. Ltd.’ for allegedly defrauding one Nisar Ahmad Dar of 3 crores in Jammu and Kashmir’s Anantnag were rejected by single-judge Justice Sanjay Dhar.

It went on to say that petitioners placed notices in national and local media, making false representations in the name of the corporation with the intent of defrauding the public in general and the respondent/complainant in particular.

It was also alleged that one of the advertisement notices stated that if anyone paid 51 instalments of INR 4000 in one go, the company would return double the amount within three years and would also pay an amount of INR 1836 per working day for 200 days, as well as a 7-day foreign tour package at the company’s expense.

The complainant claimed that he was defrauded of Rs. 3 crores because he trusted these representations.

The petitioners, after amassing vast sums of money, cut off communication and fled the valley, committing the crime of cheating, according to the complainant.

While challenging the complaint and procedures launched against the company’s office bearers under Sections 420 (cheating and dishonestly inducing induingc of property) and 120B (conspiracy) of the Indian Penal Code (IPC), the petitioners’ counsel, Siddant Gupta, raised the following two grounds:

1. One that the complaint as against the petitioners cannot proceed without impleading the company as an accused;

2. Second that the petitioners/accused are residing beyond the limits of local jurisdiction of the trial Magistrate, as such, it was not open to the learned Magistrate to issue process against them without conducting enquiry/investigation in terms of Section 202 of the Code of Criminal Procedure (CrPC).

Gupta further argued that the Magistrate’s order, which issued process against the petitioner, should be set aside because it was issued without adhering to the mandatory conditions of Section 202 of the CrPC.

In this regard, he relied on the Supreme Court’s decision in the case of Sharad Kumar Sanghi v. Sangita Rane, which found that where a company is not named as a accused, criminal proceedings against the managing director are liable to be dismissed.

The High Court stated that the idea that vicarious liability of a managing director, director, or any other office bearer of a company arises only if the Act contains a provision to that effect is without merit.

The Court further stated that even if vicarious liability is imposed under certain provisions, no procedures against the company’s directors/officer bearers can be brought without first impleading the company as a party.

The High Court further said that the Magistrate did not undertake an inquiry or investigation into the case before issuing process against the petitioners who were residing outside of his territorial jurisdiction, as required by Section 202 of the CrPC.

As a result, the Court directed that the order issued by the Magistrate issuing process be quashed.