Panasonic is banned from selling fans that are “deceptively similar” to Havells, rules Delhi High Court 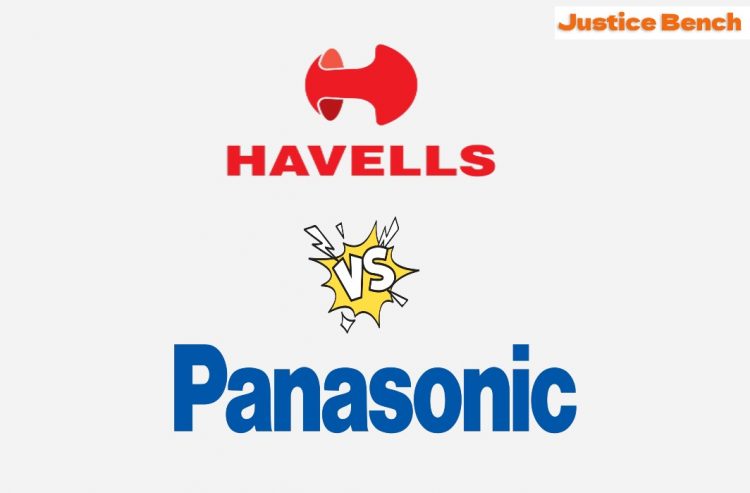 Panasonic is banned from selling fans that are "deceptively similar" to Havells, rules Delhi High Court.

The Delhi High Court Bench comprising Single-judge Justice Jyoti Singh in the case of Havells India Ltd. vs. Panasonic Life Solutions India Pvt. Ltd barred Panasonic from manufacturing, marketing, and selling ceiling fans from its ‘Venice Prime’ series after it was discovered to be deceptively similar to those manufactured by Indian electrical equipment business Havells under its ‘Enticer Art-NS Stone’ line.

The court opined that Havells had established a prima facie case for the issue of an interim injunction since the similarities between the designs of the two businesses’ fans were obvious.

“It is prima facie evident from a mere visual comparison that every attempt has been made by Defendant No.1 to come as close as possible to Plaintiff’s Fans.The impugned product has a same shape and configuration, ornamentation on the blade, body ring on bottom cover, layout and placement of the ornamentation. It is relevant to note that not only has the idea of using marble on the blades of the fan has been copied, but even the shape in which it is cut, the size and the metallic border as well as its placement and layout have been substantially copied by Defendant No.1,”

Havells had requested an interim injunction against Panasonic on the basis of unauthorised copying, identical replication, and piracy of their registered design, which would be considered an infringement under Section 22 of the Designs Act, 2000.

Havells argued that it is a market leader and registered design owner of its different ceiling fans, including its flagship ‘Enticer’ range, which features several unique, distinct, and protected designs.

The artistic work in the floral motif patterns and the unique colour scheme on the trims, according to Havells, were the new series’ Unique Selling Points (USPs).

Havells had copyrighted the design and had been exceedingly vigilant in preserving its statutory and common law rights inherent in the design, get-up, layout, and patterns against exploitation by third parties, taking necessary legal action from time to time, according to the submission.

It was stated that, as a result of Panasonic’s considerable copy, their items could be mistaken for Havells’, eroding Havells’ distinctive character as well as its goodwill and reputation in trade circles and among consumers.

Panasonic, the defendant, denied the allegations, claiming that it has been in the electrical business for more than five decades and that its disputed ‘VENICE PRIME’ range was influenced by its older brand, ‘CAPTOR,’ which debuted in 2020, rather than Havells’ design.

Panasonic’s advocate compared the intersecting golden lines on the marble design of the Havells fans to the patterns and colours on their own fans to highlight the differences between the two products.

Havells was accused of withholding important facts from the jury. As a result, it was argued that the plaintiff was not entitled to equitable remedy in the form of an interim injunction.

The Court agreed with the plaintiff and determined that there was prima facie evidence of design similarities.

“comparing the design on the impugned products with the Plaintiff’s Design 2020, it is established that Defendant No.1 has slavishly copied and imitated the Plaintiff’s design, thereby satisfying the tests laid down in the judgments aforementioned and the provisions of Section 22 (1) of the Act“,

In such a scenario, the Court believes that if an interim injunction is not issued, Havells will suffer irreparable harm, as Panasonic appears to be infringing on Havells’ design and passing off its goods as the plaintiff’s, fooling the public.