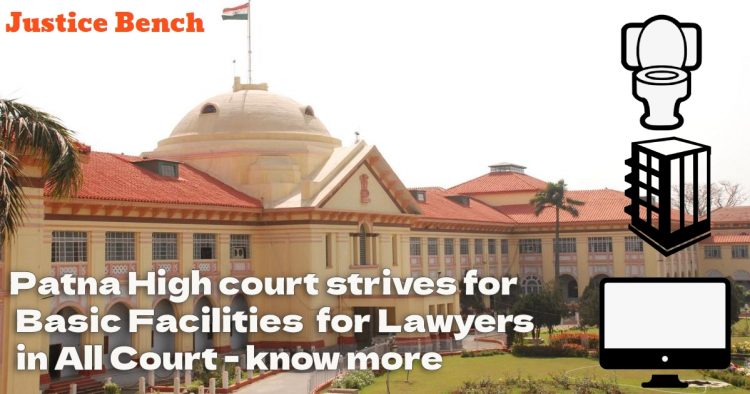 The High Court of Patna while hearing a PIL in Ramakant Sharma vs State of Bihar & Ors for providing basic facilities to advocates and clients in the courts of Patna, directed the secretary in charge of Law to prepare a proposal for the same within six weeks.

The bench comprising Chief Justice Sanjay Karol and Justice S Kumar asked the Secretary in charge to hold a meeting with stakeholders.

The court observed that as per the State’s affidavit, communication has been sent to all District Magistrates/District Judges to identify land to construct Lawyers’ Halls, Toilet Complexes, and Digital Computer Rooms. This was pursuant to a scheme formulated by the Department of Law and Justice, Bihar.

The court made Significant observations that lawyers are part and parcel of the justice delivery system and complete infrastructure should be there to help them.

On the last hearing of the case, the court had directed the Chief Secretary (Law) of State to take action at his own level and the court also directed the Centre to clarify the situation.

The court will hear the matter again on June 30.