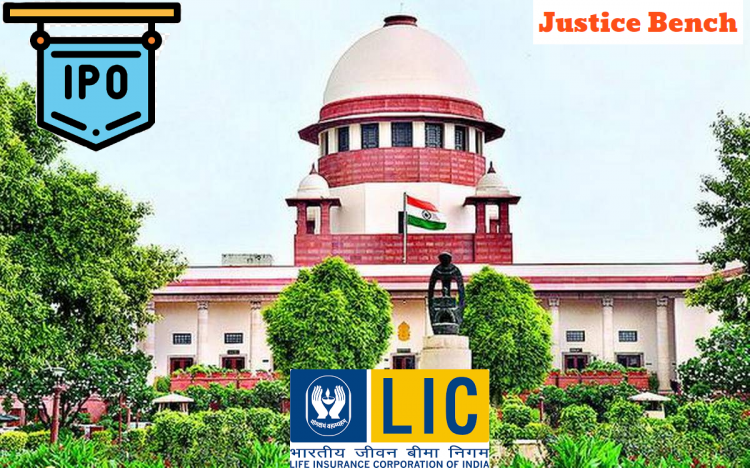 The Apex Court of India is set to take up a batch of appeals and a fresh petition challenging the judgment of the Bombay and Madras High Court.

The lower courts dismissed challenges to the decision of the Centre to trade 5% shareholding in LIC (Life Insurance Corporation) through an IPO (Initial Public Offering).

The Petitioners is a LIC policyholder among other petitions who earlier filed a petition to the Madras High Court and challenged the provision of the Finance Act of 2021 and LIC Act of 1956 on the ground that the said Acts were introduced through a Money Bill under Article 110 of the Indian Constitution, even though the said amendment does not fall in the category of a Money Bill. The madras Bench dismissed the petition.

However, the petitioner now approached the Apex Court and the matter came up before the Bench of Justices DY Chandrachud, Surya Kant, and PS Narsimha.

The appeal petition claims that if the shareholding is reduced then the petitioner and other shareholders would collectively lose around Rs 4,14,919 crores.

Further, the petition states that the Speaker’s certification of the Bill as a Money under Article 110(3) is amenable on the ground of illegality.

It was also argued that the High Court failed to consider ever since the LIC Act of 1956 was passed this is the first time when amendments have no relation to abolition/imposition. alteration/remission or regulation of any tax or any appropriation of money of Contingency or Consolidated Fund of India is passed as a Money Bill through the Finance Act.

The petition sought the following prays before the apex court for relief:-

Accordingly, It is pertinent to note that, the Bombay High Court refused to stay DRHP (Draft Red Herring Prospectus) that the LIC filed for share issuance through IPO last month.