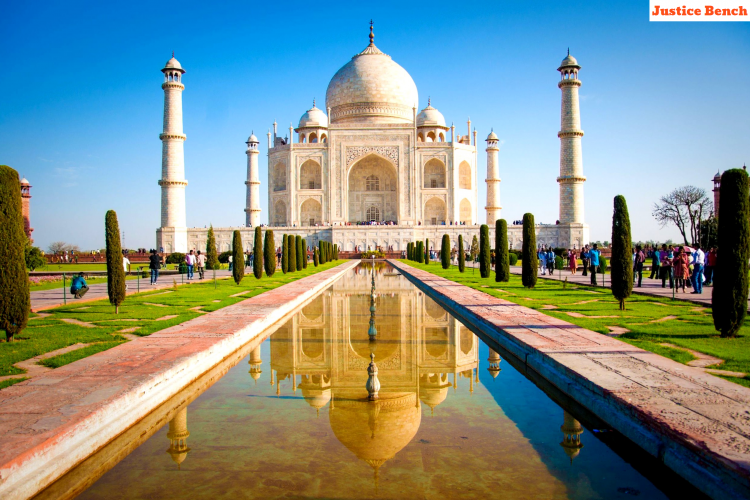 A petition has been filed by Jagat Guru Paramahansa Acharya Dharmendra Goswami in the Allahabad High Court in the matter of not allowing entry into the Taj Mahal with saffron clothes.

The petitioner Advocate Abhishek Tiwari has sought permission to enter the Taj Mahal with saffron robes.

The Petition informed the court that the petitioner had been denied from entering the Taj Mahal on 26 April 2022 with saffron robes. As the dispute escalated, he was sent an invitation from ASI RK Patel to enter the Taj Mahal.

Advocate Abhishek Tiwari said that this action of the Taj Mahal administration is a direct violation of Articles 14, 15, 16, and 19 of the Constitution. No one can be stopped from going anywhere just on the basis of religious dress and its dress. Especially unless there is a provision of a special type of dress code at the place of entry. It has been informed in the petition that no such dress code has been enforced for entry into the Taj Mahal.

It is an insult to Hinduism to not enter the Taj Mahal in saffron robes.