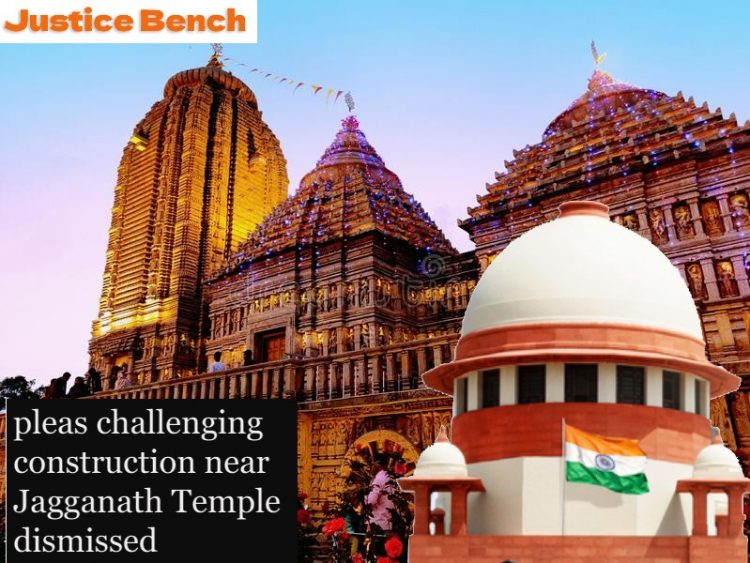 On Friday, the Supreme Court bench comprising Justice B.R. GAVAI and Justice HIMA KOHLI in the matter of Ardhendu Kumar Das vs State of Odisha & Ors and other matters has dismissed pleas challenging construction work being done at Shri Jagannath Temple in Puri.

The Supreme Court has voiced concern with petitioners who file PILs for personal gain or publicity, accusing them of squandering the court’s time.

The Archaeological Survey of India has notified the High Court that the work will not do any damage to the heritage site, according to Justices BR Gavai and Hima Kohli.

However, despite the fact that the matter had not been completed, a lot of fuss was made to get it listed before the Apex Court, according to the court.

The Bench made these observations while hearing arguments from one Ardhendu Kumar Das and others who claimed to be devotees of God Shri Jagganath.

The petitioner had challenged the High Court’s May 9 ruling refusing to intervene in the pleas saying that illegal and unlicensed work is being done at the site, resulting in the outright destruction of the heritage property, in front of the court.

Such construction work is also said to be in violation of Article 49 of the Indian Constitution, as well as the restrictions of the Ancient Monuments and Archaeological Sites and Remains Act.

During the proceedings, the court was also informed that over 60000 people visit the temple on a daily basis, with about 15-20 lakh devotees visiting during the Rath Yatra.

The Court further observed a mushroom growth of pils before it, which does not have the essence of public litigation and are mear publicity motivated, which the court deprecate practicing such frivolous petitions besides the court expressed its displeasure over wast of Court time by such Pils.