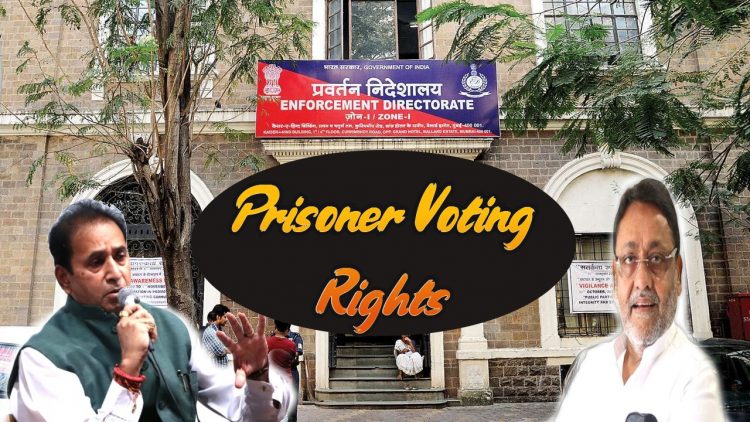 An affidavit filed today before a Special Court under the Prevention of Money Laundering Act (PMLA) stated the ED position.

The Enforcement Directorate (ED) said in a brief response to Cabinet Minister Nawab Malik and former Maharashtra Home Minister Anil Deshmukh’s request for temporary bail for a day to vote in the upcoming Rajya Sabha elections that prisoners do not have voting rights.

Under the Representation of People Act, prisoners do not have voting rights, according to ED (RP Act).

“No person shall vote at any election if he is confined in a prison, whether under a sentence of imprisonment or transportation or otherwise, or is in the lawful custody of the police,” according to Section 62(5) of the RP Act.

As a result, the agency requested that the applications be dismissed.

On June 8, Special Judge RN Rokade will hear the prayers.

Malik is currently in judicial custody for his alleged involvement in a money laundering case involving underworld don Dawood Ibrahim under the Prevention of Money Laundering Act (PMLA).

Deshmukh, who is also in judicial custody, is the main suspect in the investigation launched by the ED after the Central Bureau of Investigation (CBI) filed an FIR in response to a court-ordered investigation.

Both Malik and Deshmukh petitioned the Supreme Court, arguing that because they are MLAs and members of the electoral college, they should be allowed to vote.