Rhea Chakraborty is allowed to go to Dubai for the IIFA awards by a Mumbai court. 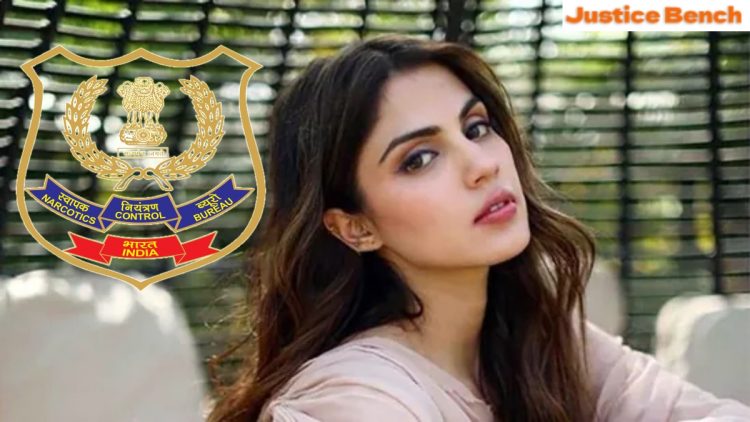 The Mumbai Special Court bench comprising  judge A A Joglekar in the case of Rhea Chakraborty vs Union of India Chakraborty’s plea was granted subject to a deposit of one lakh as surety under the Narcotics Drugs and Psychotropic Substances (NDPS) Act.

Rhea Chakraborty, a Bollywood actress, has been granted permission to go to Dubai, United Arab Emirates (UAE), to attend the International Indian Film Academy (IIFA) awards from June 2 to 5.

The special court set up to handle cases under the Narcotics, Drugs, and Psychotropic Substances (NDPS) Act granted Chakraborty’s plea in exchange for a one-lakh surety deposit.

The court also ordered that Chakraborty’s passport be returned to her.

“The Investigating Officer is hereby directed to handover the passport to the applicant/accused, who is hereby permitted to travel to Abu Dhabi, Dubai for a limited period from June 2 to June 5,”

She was also told that she had to report to the Indian Embassy every day until she arrived in Dubai, and that she had to submit her attendance record to the special court when she returned.

Chakraborty had petitioned the special court through her lawyer, Satish Maneshinde, for a passport and permission to go to Dubai from June 2 to 8 to attend the awards ceremony.

“The applicant has been invited by the Director and co-founder of IIFA to walk the green carpet and give away an award on June 3, 2022 and also to host an interaction during the main award ceremony on June 4, 2022,”

It also underlined the fact that her criminal case and other circumstances have already caused her acting career to suffer major difficulties.

She has also incurred significant financial losses. Hence, opportunities such as these are extremely important for her future prospects in the Film Industry and greatly impact her ability to earn her own livelihood. It would not be out of place to mention that her aged parents are also financially dependent on her,”

The petition continued by emphasising that she is entitled to the right to travel abroad, which is outlined in the right to life (Article 21).

In September 2020, Chakraborty was detained by the Narcotics Control Bureau (NCB) under the provisions of the NDPS Act. After the death of her purported boyfriend, actor Sushant Singh Rajput, she was identified in the case. However, in October 2020, the Bombay High Court granted her bail.

One of the bail conditions in that judgement was that she hand over her passport to the IO and obtain special court clearance before leaving India. This is her first trip overseas since then.

Another Bollywood star, Jacqueline Fernandez, was recently granted permission by the Delhi High Court to attend the IIFA awards in the United Arab Emirates.