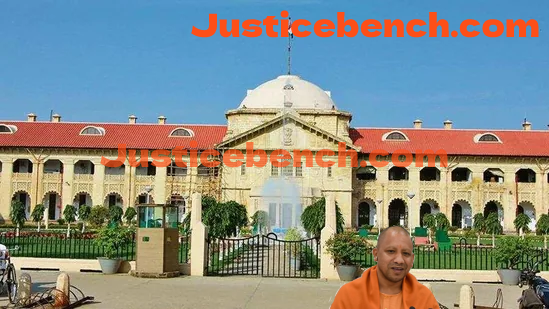 the Allahabad High Court recently, While hearing public interest litigation filed by a Delhi man for writing several names of Chief Minister Yogi Adityanath, imposed a one lakh fine on the petitioner. The petition was dismissed.

The bench of Chief Justice Rajesh Bindal and Justice Piyush Agarwal passed these orders and directed that the fine be paid to the handicapped ashram on Jawaharlal Nehru Road in Prayagraj within six weeks of time.

The public is still perplexed as a result of the practice of writing many names in this manner. The petitioner had asked the court to pass orders to the government to write the correct name of CM Yogi Adithyanath.

Adl Advocate General Manish Goel who was representing The government called the petition “cheap popularity” and claimed that the petitioner failed to clarify his credentials as required by the High Court. The petition is likely to be denied.

Yogi Adityanath was also made a private party in the petition along with the Election Commission of India and the Chief Secretary of Uttar Pradesh, which was dismissed by the court while hearing a fine of one lakh on the petitioner.