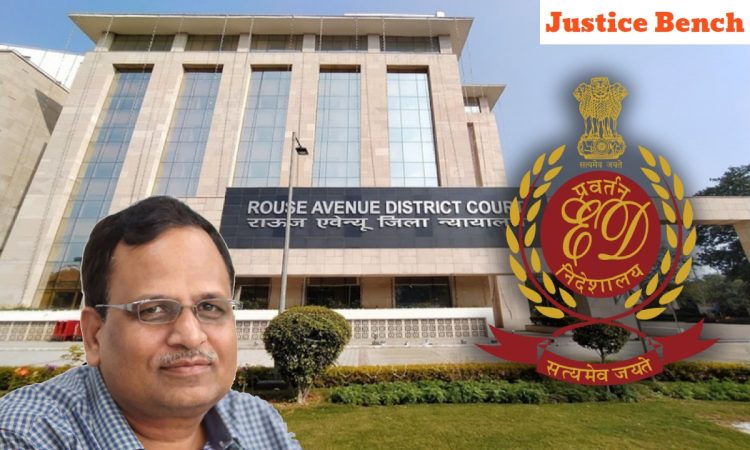 Satyendra Jain, the Delhi Health Minister, will appear before a Special Central Bureau of Investigation (CBI) Court in the capital today following his detention by the Enforcement Directorate (ED) in a money laundering case. Between 2015 and 2017, the CBI filed a corruption case against Jain and others for allegedly acquiring movable properties in the names of other people.

Though it is unclear before which judge Jain would be presented before, the ED is expected to request his arrest.

Jain, who was being investigated by the CBI in a corruption case, was apprehended by ED sleuths in a connected money laundering investigation.

Jain is a senior Aam Aadmi Party (AAP) politician who now serves as a minister in the Delhi government, overseeing the ministries of health, home, power, public works, industries, urban development, and flood, irrigation, and water.

Manish Sisodia, the Deputy Chief Minister of Delhi, tweeted on Monday that Jain’s detention had political overtones because he was the party’s in-charge of the impending Himachal Pradesh elections.

The CBI had originally filed a case under the Prevention of Corruption Act, 1988, Sections 13(2) (criminal misconduct by a public servant) and 13(e) (disproportionate assets). The complaint was filed when it was discovered that Jain had purchased movable properties in the names of numerous people between 2015 and 2017 and was unable to account for them.

According to the enforcement agency, between 2015 and 2016, when Jain was a public servant, these companies “beneficially owned and controlled by him” received accommodation entries worth Rs.4.81 crore from shell companies in exchange for cash transferred to Kolkata-based entry operators via a hawala route.

These funds were allegedly used for either direct land acquisitions or the repayment of loans taken out to buy agricultural land in and around Delhi. As a result, immovable possessions in the form of land belonging to firms and people worth Rs.4.81 crore were provisionally attached.

While the ED is likely to seek his detention in this case, Jain’s lawyers will fight the ED’s plea and seek bail on his behalf.