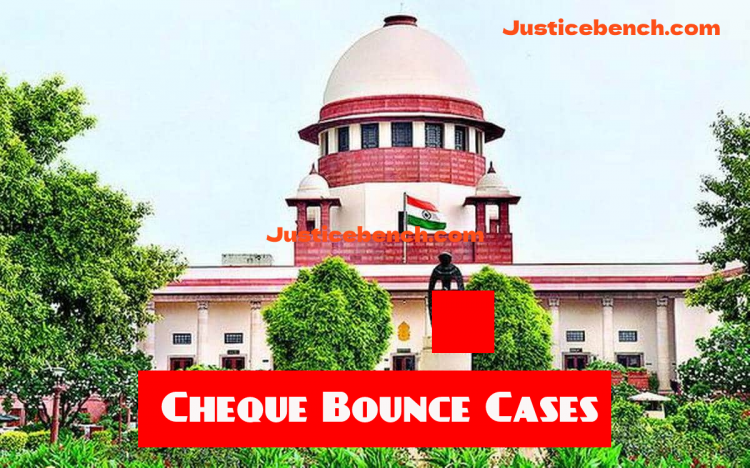 the Supreme court recently while dealing with cheque bounce cases, expressed concern regarding the huge volume of cheque bounce cases u.s 138 of the Negotiable Instruments Act, further, the court suggested creating a policy for closure of cases that involve amounts below a certain limit.

The Bench headed by Justices Nageswara Rao, BR Gavai, and Ravindra Bhat asked the Central and State governments to make a policy after the banking sector has analyzed the situation.

further, The court noted that most pending cases involve a small amount and this puts undue pressure on the banking and judicial system.

Accordingly, the court also clarified that its suggestions are only in the context of institutional complaints and not about private complaints.

The Bench made these suggestions after Amicus Curiae Senior Counsel Siddharth Luthra submitted that the States of Rajasthan, UP, Maharashtra, Gujarat, and Delhi have the pendency of cases registered under the NI Act. The Court had suggested that a pilot project for special and constitutional courts may be implemented in these states, such as cases where the amount involves from 5 to 10 lakhs in most of the cases.

Mr. Luthra suggested that amounts below a certain level should be restricted to RTGS payment so that the cheque business can be done away with.

The Court made suggestions during a suo motu case for expeditious trial of cases under the NI Act.

The Bench asked the States and Centre to respond to Mr. Luthra’s suggestions and asked the High Courts to respond to the same and posted the case to May 12 for further hearing.

Title: In Re: Expeditious Trial of matters u.s 138 of the NI Act