SC rules Grounds for Cancellation of Bail by Higher Courts 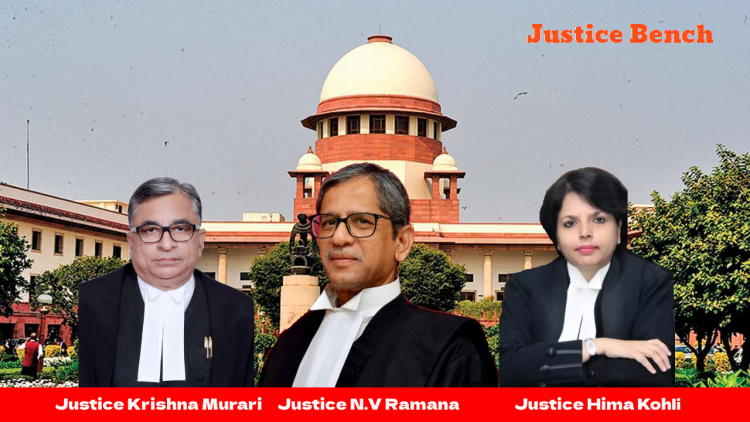 Recently, The Supreme Court ruled on Friday that if the lower court failed to consider relevant material, the gravity of the offense, or its societal impact the bail granted by a lower court can be canceled.

The Bench of three-judge comprised Chief Justice of India NV Ramana, Justices Krishna Murari and Hima Kohli while setting aside an order of the Karnataka High Court granting bail and anticipatory bail to two respondents.

Accordingly, The Supreme Court said that in such cases, where bail is granted mechanically, the order granting bail is liable to be set aside.

The prosecution stated, that the first accused allegedly had a vendetta against one Badrul Muneer and thus plotted his assassination with the other accused.

To achieving of this common goal, they arrived on a bike and in a car, attacked three people with a soda bottle and stones, and then murdered Abdul Lathif.

The respondents filed a bail application, which the High Court granted on the grounds of parity because the other accused persons had also been granted bail.

However, The Supreme Court upheld the decision of the high court which revoked the bail granted to all of the other accused.

Subsequently, the appellant sought cancellation of the respondents’ bail, on the grounds that the High Court erred in failing to consider the gravity of the offences and ignoring the testimony of eyewitnesses and other evidence.

Further, the appellant’s contended that granting bail to both accused in a premeditated murder case would endanger all prosecution witnesses.

The Appellant informed the Bench that the remaining accused whose bail had been revoked had not yet surrendered. On the contrary, they had threatened the appellant as well as other eyewitnesses who had testified during the trial.

The Bench began by recognising that it was a well-established principle that once bail was granted, it could only be revoked under extreme circumstances.

The decision in Vipan Kumar Dhir v. State of Punjab, on the other hand, was cited to highlight that bail could be revoked by a superior court when relevant material on record, the gravity of the offence, or its societal impact were ignored.

The Supreme Court stated that “the High Court lost sight of the fact that there exists sufficient material against the accused Respondents herein to establish a prima facie case against them.”

As a result, the order to release the respondents on bail was reversed.