Section 110A Customs Act: Only in the owner’s favor, not the importer, may be seized goods be released – know more 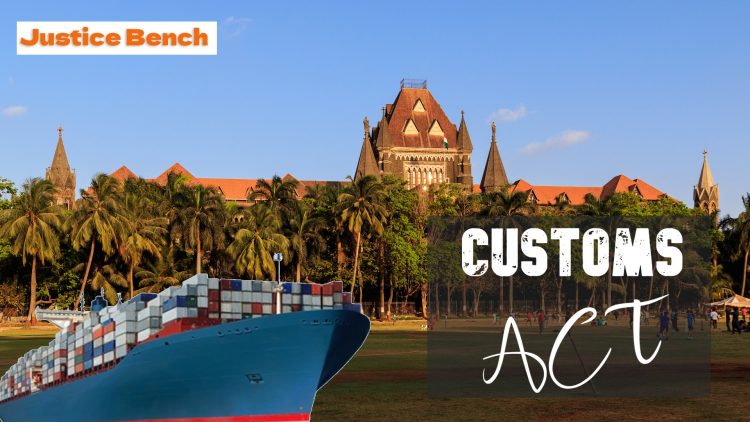 Section 110A Customs Act: Only in the owner's favor, not the importer, may be seized goods be released - know more

In the case of Commissioner of Customs (Imports) v. Dinesh Bhabootmal Salecha, a bench of Justices Dhiraj Singh Thakur and Abhay Ahuja of the Bombay High Court on Thursday ruled that goods seized under Section 110 of the Customs Act can only be provisionally released under Section 110A in the favour of the owner of the goods and no one else.

The Court noted that the release of goods in favour of someone other than the owner of the commodities was not contemplated under Section 110A of the Act. The Customs, Excise and Service Tax Appellate Tribunal’s (CESTAT) decision to grant the respondent, an importer, the provisional release of seized items was being contested in court.

“A reading of Section 110 A makes it abundantly clear that goods seized may be released to the owner. The said section does not include or envisage release of goods provisionally in favour of an importer of goods much less does it envisage, a release in favour of ‘any person’, in addition to the owner as mentioned in Section 124 of the Act, who has been served a notice under the said section,”

For context, the Directorate of Revenue Intelligence confiscated two consignments from Hong Kong in November 2021 after discovering that they included 3,800 iPhones instead of the memory modules that the sender claimed they carried, which were valued at roughly 80 lakh.

An application for the release of the items was submitted by the importer, but it was denied because the adjudicating authority found no proof that the importer was the rightful owner of the commodities.
However, the importer’s argument was upheld on appeal to CESTAT with the justification that the importer may assert ownership along with all the liabilities and repercussions that came with it.

Advait Sethna, a advocate representing the Commissioner of Customs (Import), argued before the High Court that because the respondent had disputed ownership of the seized goods, he was not entitled to request their release and that only the owner may receive them.

Additionally, he asserted that the respondent was an expert at smuggling iPhones into India and that enabling release of the contraband phones in its favour would amount to rewarding such operations. For the respondent, attorney Prakash Shah argued that a show-cause notice issued under Section 124 of the Act to the importer was sufficient to prove that the authorities believed he was the rightful owner of the goods.

The Court did point out that the issue of a show cause notice in no way proved that the recipient was the rightful owner of the confiscated property.

“On a perusal of the provision (supra) it can be seen that issuance of a show cause notice in terms of Section 124 does not necessarily establish that the person in whose name it is issued, is necessarily the owner. The phrases ‘penalty on any person’ and ‘the owner of goods or such person’ suggests that before an order of confiscation is passed, an owner or any other person shall have to be given a notice of the proposed confiscation of goods,”

It further mentioned that the legislation might not have allowed someone other than the owner to request the provisional release of the goods.

“Nothing could prevent the legislature from specifically incorporating a provision in Section 110A, which would also entitle, besides an owner, an importer, a beneficial owner or any person holding himself to be an importer to claim a right to seek provisional release of goods in terms of Section 110A of the Act,”

It was held further

“It thus goes to show that goods can be got released by a person other than an owner, in the circumstances as envisaged in Section 125 of the Act at a time when confiscation is authorised, which right of release of goods is not available to any other person except an owner as envisaged under Section 110A of the Act at any preliminary or intermediate stage,”

It concluded that the CESTAT order was unjustifiable since only the owner could have received a provisional release of the goods under Section 110A of the Act. As a result, it upheld the appeal and annulled the order.