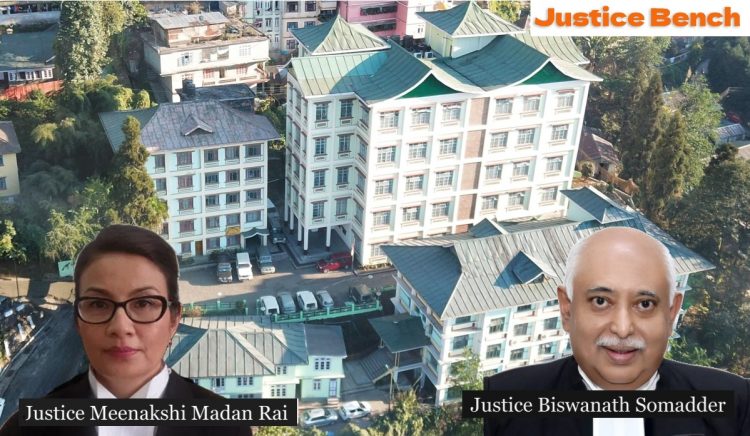 Recently the Sikkim High Court comprising the division bench of Chief Justice Biswanath Somadder and Justice Meenakshi Madan Rai in the case of Henna Subba and Ors vs State of Sikkim upheld the state government’s “One Family, One Government Job” policy, with the court declaring that it had no doubts about the scheme’s legitimacy and that it is beneficial to citizens.

The Court highlighted that over 13,000 citizens got jobs under this scheme which was initiated by former chief minister Pawan Chamling.

“More than 13,000 citizens residing in the State of Sikkim have got employment in the process. As such, the bona fides of the exercise undertaken under the Scheme cannot be held to be suspect since its object and purpose was to provide one family one job,”

The bench went on to say that it couldn’t forensically examine the entire recruitment process at this late point, especially given all those who secured jobs would have to be made parties to the current proceedings.

“That apart and in any event, the beneficial nature of the Scheme cannot be doubted and examined at this stage purely on the basis of technicalities as provided under the Sikkim Government Service Rules, 1974,”

A slew of petitions were submitted before the Court by highly qualified but jobless youth who opposed to the State Government’s “One Family, One Job” policy decision, which they said did not conform with any statutory provision.

In response to their petition, Umesh Sunam, a Joint Secretary at the Government of Sikkim’s Department of Personnel, Administrative Reforms, and Training, filed an affidavit claiming that the scheme was launched by the former Chief Minister (CM) after he completed a tour of all 31 constituencies in the state.

“During the said tour, it was observed that the main grievance of the people of Sikkim was lack of employment in government service,”

Thousands of citizen applications were received, but they could not be considered, therefore the then-CM decided to conduct walk-in interviews for the open positions, according to the Court.

As a result, according to the affidavit, the then-government chose to accept only applications from candidates who did not have any family members working for the government, which led to the creation of the current plan in issue.

“A bare perusal of the explanation provided by the official, in the affidavit reveals that while the the Sikkim Government Service Rules, 1974, may not have been strictly adhered to by observing all technical requirements as mandated by the said Rules, there has been substantial compliance….However, the State of Sikkim is directed to ensure that in all future recruitment process, it adheres to the relevant statutory laws and Rules scrupulously and meticulously so that eyebrows are not raised unnecessarily or accusatory fingers pointed towards the State, while welfare and beneficial Schemes – such as the one before us – are sought to be implemented by the State or its agencies,”

The petitioners were represented by Senior Advocate A Moulik and Advocates KD Bhutia and Ranjit Prasad.