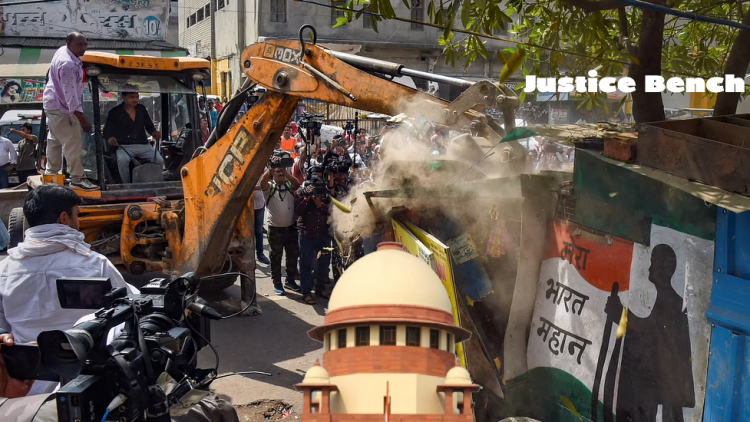 Senior Advocate Dushyant Dave mentioned to a bench led by the Chief Justice of India that ordered the status quo.

“UNCONSTITUTIONAL, UNAUTHORISED DEMOLITION IS TAKING PLACE IN JAHANGIRPURI WHERE RIOTS TOOK PLACE. NO NOTICE WAS SERVED SO THAT REPLY IS SERVED IN 10 DAYS,”  SAID DAVE.

THE CJI RESPONDED, “WE DIRECT STATUS QUO. WE WILL LIST IT TOMORROW,”

Jamiat Ulama-I-Hind filed the Public interest litigation (PIL) asking the CJI to direct the Central and State governments that no residential or commercial property be demolished as a punitive measure. Senior Advocate Kapil Sibal raised this issue.

The petition was filed on the issue of an increase in incidents of property demolition by government administration in several states, and further citing a recent incident in Madhya Pradesh, as a punitive measure against people allegedly involved in riots.

The reliefs sought are prohibitions on taking any long-term precipitative action against any accused in criminal proceedings. Further requested that police officers receive specialised training in to handle communal riots and situations in which populations become restive.

Furthermore, the petition urged the Court to direct ministers, legislators, and anyone unconnected with criminal investigations to refrain from publicly or through any official communication from assigning criminal responsibility until a criminal court has done so.

The petitioners claimed that several state governments in response to alleged acts of violence are using bulldozers to demolish the homes of people suspected of being involved in such acts.