Subrata Roy, the founder of Sahara, has a bailable warrant issued by the SEBI court. 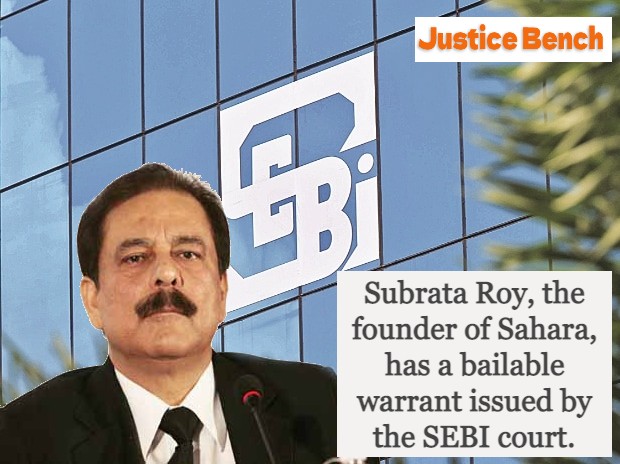 Subrata Roy, the founder of Sahara, has a bailable warrant issued by the SEBI court.

A bailable warrant was issued against businessman and founder of Sahara India Parivar Subrata Roy by a Securities and Exchange Board of India (SEBI) special court on September 6. Roy, an accused party, was scheduled to appear in court for a case brought by SEBI in 2014 against Sahara Housing Investment Corporation Ltd. (SHICL), Sahara India Real Estate Corporation Ltd. (SIRECL), and other parties.

However, Roy’s advocate submitted a request for exemption on the basis of his post-COVID-19 infection medical condition. He was reported to have Type 2 Diabetes and Hypertension, and a Sahara Hospital in Lucknow medical certificate was submitted on file.

The SEBI’s advocate opposed the application, arguing that Roy had agreed to remain present in court until his discharge application was resolved and that COVID-19’s aftereffects only last for three to four days.

The court pointed out that the Bombay High Court had ordered Roy to appear in person before the trial court on all occasions following the decision on his appeal for discharge in the matter in 2017. Then, it noted that Roy had disobeyed the High Court’s instructions by failing to appear after 2019 according to the roznama, and it dismissed his request for an exemption.

The court also issued a warrant against Roy with a 25,000 bailable bond after hearing an oral request from the SEBI attorney. The order was delayed for a week, though, so Roy’s attorneys could dispute it in front of the High Court.

A special resolution was passed, in accordance with the claims made against both companies, to raise money through the issuance of unsecured Optionally Fully Convertible Debentures (OFCDs) through a private placement of friends, associates, group companies, employees, and other parties connected in any way to the Sahara Group of Companies.

The company allegedly used OFCDs to launch a public offering that looked like a private placement. According to SEBI, the company’s inability to disclose its Red Herring Prospectus was the subject of numerous complaints.