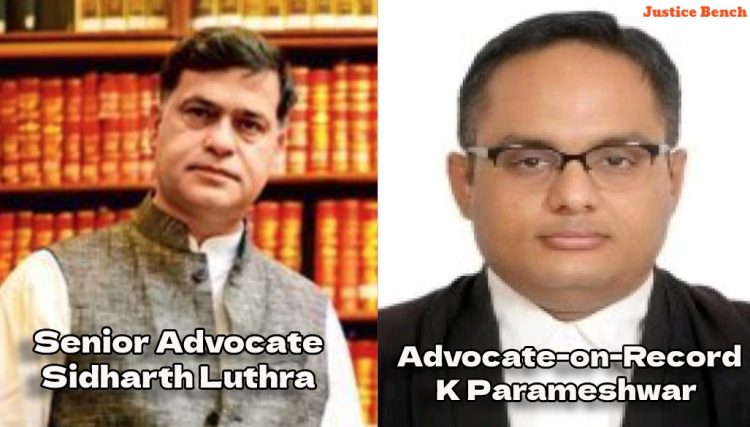 In a suo motu case taken up by the supreme court to ensure expeditious disposal of Section 138 cases, the amicus had suggested Special NI Courts, a scheme that could be tried in five judicial districts on a pilot basis. These courts are to be helmed by retired judicial officers.

The Supreme Court-appointed Senior Advocate Sidharth Luthra and Advocate-on-Record K Parameshwar as amicus curiae in the suo motu case taken up by the Court itself to ensure expeditious disposal of Section 138 cases, had submitted a report calling the central government for the setting up of Special NI Courts.

The amicus had suggested that Special NI Courts be helmed by retired judicial officers be appointed. This advised scheme could be tested on a pilot basis in five judicial districts which are having the highest pendency of Section 138 cases. The five states with the highest pendency of Section 138 cases are namely, Maharashtra, Rajasthan, Gujarat, Delhi and Uttar Pradesh.

Further, the supreme court was informed that the viability of utilising services of retired judicial officers can be examined based on the results of the pilot study.

The Bench yesterday took these suggestion on board a directed the Registrar General of the Supreme Court to communicate its order to the High Courts in the five states/union territories. The High Courts are required to submit affidavit in response to the proposed pilot scheme.

In March 2020, the Supreme Court had registered a suo motu case for evolving a mechanism to ensure that cheque bouncing cases are adjudicated expeditiously. Accordingly the court in April 2021 had constituted an expert committee to give suggestions for arresting the pendency of Section 138 NI ACT cases. Pursuent to suggestions the court had also passed the following directions, among others:

The statistics as of November 8, 2021 state that there was a pendency of 26,07,166 Section 138 cases. The pendency shot up to 33,44,290 as on April 13, 2022. Therefore in a period of just over five months there was an increase in pendency of 7,37,124 cases. It was also stated that NI Act cases contribute to 8.81% of the total criminal cases pending in the courts. Further, 11.82% of the total criminal cases that are stagnating due to appearance/service related issues are NI Act cases.

Besides constituting a special court for Section 138 cases NI ACT the amicus report had also suggested that such cases be resolved through mediation and had advised on the creation of a mechanism to facilitate the same. It had also urged for the creation of a National Portal for Summons for such cases.

“Amongst the causes of delay in prosecutions is on account of the avoidance of summons by accused, delays in execution of warrants and other dilatory tactics employed by the Accused in ensuring that the trial does not commence. A National Portal for Summons may help tackle with this singular problem of accused invariably residing in different jurisdictions,”.

the amicus report had stated.