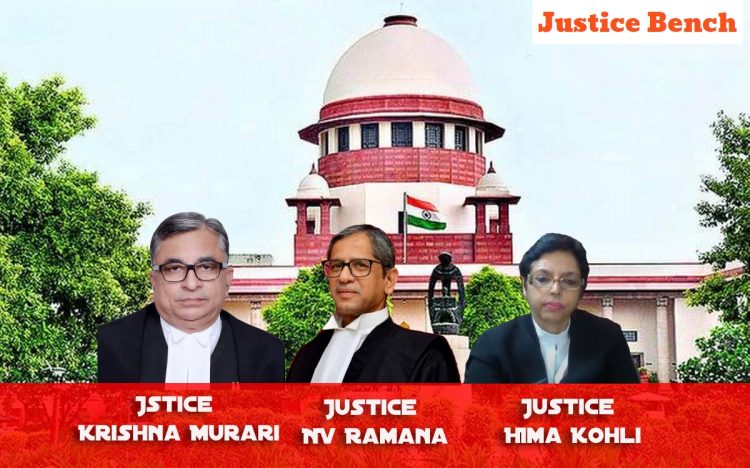 The Supreme Court criticizes the madras high court for violating principles of natural justice while hearing the appeal in SP Velumani v. Arappor Iyakkam and Ors filed by former Tamil Nadu Cabinet Minister SP Velumani against an order of the Madras High Court declining him access to the preliminary enquiry report against him.

On Friday the Supreme Court in the case of SP Velumani v. Arappor Iyakkam and Ors criticized the Madras High Court for the manner in which it dealt with a corruption case lodged against a former State Minister.

The Bench comprising the Chief Justice NV Ramana and Justices Krishna Murari and Hima Kohli frowned upon the High Court’s decision to keep an enquiry report in a sealed cover which was enquired against the appellant SP Velumani before the Court.

“When the State has not pleaded any specific privilege which bars disclosure of material utilized in the earlier preliminary investigation, there is no good reason for the High Court to have permitted the report to have remained shrouded in a sealed cover“.

SP Velumani filed an appeal before Supreme Court against the order of the Madras High Court declining him access to the preliminary enquiry report which was conducted against him.

A private complaint was filed against the appellant SP Velumani alleging that he misused his powers while serving as minister by influencing the tender process to ensure that tenders were awarded to his close aides.

Accordingly, the Madras High Court had directed R Ponni, Superintendent of Police, Directorate of Vigilance and Anti­-Corruption, to conduct an enquiry into the allegations made in a private complaint.

Subsequently, the Directorate of Vigilance and Anti­-Corruption was required to submit a report on the probe to the High Court in a sealed cover.

The AIADMK government closed the case subsequently after the report was filed, it was observed that the appellant was part of the same political party.

The Tamil Nadu government changed its stance to U-turn by reopening the case and informed the High Court that it intends to conduct further investigation into the allegations.

The appellant filed the present appeal before the Supreme Court when the Madras High Court denied the appellant’s request to be supplied with a copy of the enquiry report.

The Supreme court held that the High Court should have perused the enquiry report, instead of leaving the decision completely in the hands of the government.

“Once the enquiry was completed, the High Court failed to even peruse the said report. Rather, the High Court left the decision completely in the hands of the State Government. Such an approach, as adopted by the High Court in the present matter, cannot be countenanced in law,“.

“It is a settled principle that the State cannot blow hot and cold at the same time. When the State Government changed its stand, the High Court neither provided the appellant an opportunity to defend himself, nor sought a reasoned justification from the State for having turned turtle.”

the Supreme berated the State government for changing its stance on the issue, noting,

The Court also rejected the contention of the State that documents need not be provided to the accused until cognizance is taken up by the Magistrate under Section 207 of the Criminal Procedure Code (CrPC).

After listening to the arguments, the court held that the requirement under Section 207 of the CrPC cannot be read as a “provision etched into stone” as it will violate the rights of the appellant and the principles of natural justice.

The Bench thus issued the following directions while disposing of the appeal: