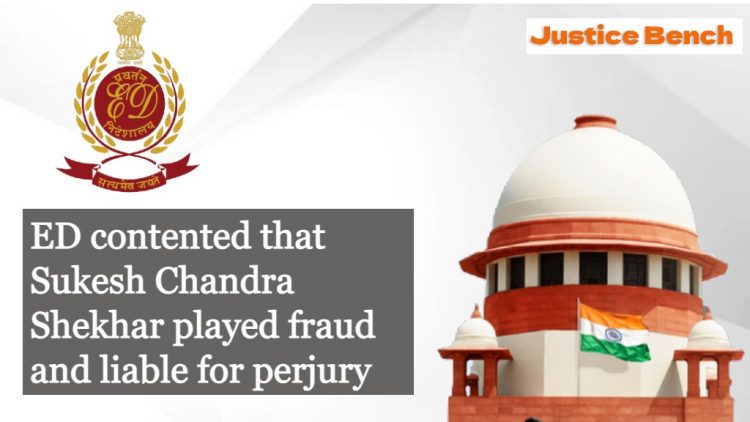 ED contended that Sukash would be liable for perjury.

However, After it was claimed that Chandrashekhar was experiencing threats from Tihar officials, a vacation bench comprising Justices AS Bopanna and Vikram Nath transferred him out of Tihar jail.

The ED, on the other hand, told the Supreme Court that “no attack on the petitioner” occurred, and that a medical assessment revealed that he had no new exterior injuries.
According to the agency, the petitioner intentionally concealed this medical finding in the annexure presented, attempting to deceive the court and committing fraud on it.

It was also mentioned that Chandrashekhar and his wife are being held in different cells that are constantly monitored by CCTV cameras.

Chandrashekhar was rumored to be living a luxury lifestyle within Tihar jail, where he was detained after being charged with cheating, extortion, and money laundering.