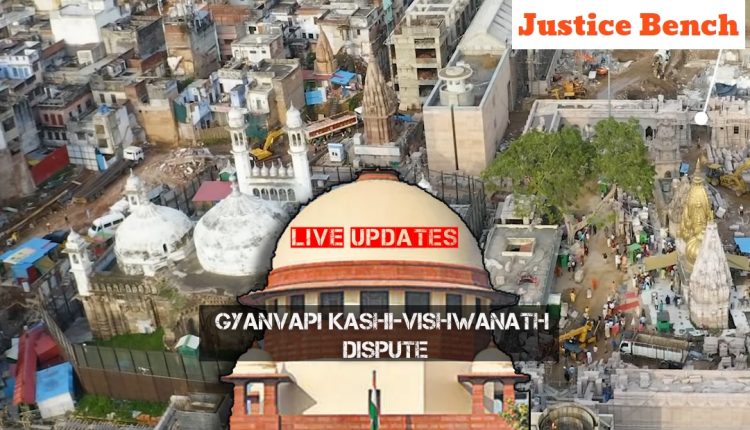 The Supreme court earlier had ordered that the Shivling found during the survey of the mosque be protected besides It also allowed Muslims to enter the mosque for prayers.

In an appeal challenging the order of Allahabad High Court permitting a court-appointed commissioner to inspect, conduct a survey, and videography of the Gyanvapi mosque in Varanasi to which Hindus and Muslims have laid claim for the right to worship.

the Supreme court on Tuesday ordered that the Shivling stated to have been found during the survey of the mosque to be protected besides it had also lifted the prohibition imposed by a Varanasi court on Muslims from entering the mosque.

A suit was filed in Varanasi court by Hindu parties claiming that the mosque houses Hindu deities and Hindus should be allowed to do worship and puja at the site.

Further, the Varanasi court passed an order to appoint a court commissioner to conduct a survey and videography of the gyanvapi mosque.

The order to commission a committee for a survey of mosques was challenged before the Allahabad High Court and the same was dismissed the appeal was on April 21.

Accordingly, the Masajid Committee filed a plea before the lower court claiming that the court commissioner was biased and should be replaced.

The same was dismissed paving way for the survey.

The Varanasi court on Tuesday removed Advocate-Commissioner Ajay Kumar Mishra from the court-appointed committee that was formed to survey the Gyanvapi Mosque.

The bench comprising Justices DY Chandrachud, Surya Kant, and PS Narasimha will hear the plea in the supreme court

The appeal is number item 19. The bench headed by Justice DY Chandrachud will begin hearing the case post 10.30 am.

There are applications now for sealing other mosques.

Tomorrow we have 50 matters on board already

As we speak, the proceedings before trial court is going on. The application has been filed to demolish a wall now near the wazu khana.

Then you cannot proceed in the trial court today

Time is being taken in the trial court by the other side.

The lawyer for original plaintiffs before trial court appear here. Advocate Vishnu Jain states that learned counsel who is briefed to appear is indisposed today. A request has been made to take up matter tomorrow. Senior Advocate Ahmadi says there cannot be opposition to adjournment.

It has been prayed by petitioners that proceedings before trial court should not proceed and Mr. Vishnu Jain agrees. We, accordingly, direct trial court to strictly act according to the arrangement as here and it should desist from passing any orders.

The matter will be heard tomorrow at 3 pm by three-judge bench. Mr. Jain please inform your local counsel there not to proceed. The trial judge does not have a ticker tape there.