Abortion | Supreme Court of the United States overturns Roe v. Wade and abolishes the right to an abortion 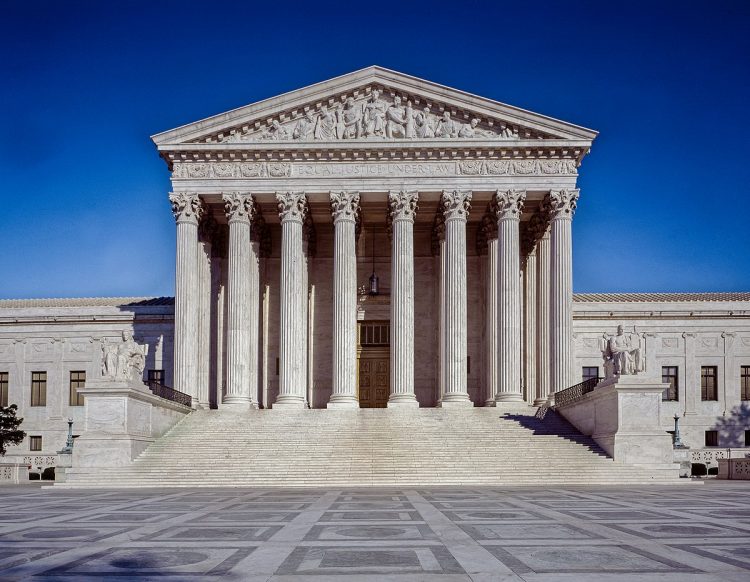 By a vote of 5-4 the Roe v. Wade historic ruling was overruled by the Supreme Court of the United States of America (SCOTUS) on Friday, effectively ending the country’s constitutional right to abortion. The Court leaves it up to the individual states in the USA to decide whether or not abortion is lawful.

Credit: Fred Schilling, Collection of the Supreme Court of the United States

“The Constitution does not confer a right to abortion; Roe and Casey are overruled; and the authority to regulate abortion is returned to the people and their elected representatives,”

By a vote of 6-3, the Supreme Court upheld a Mississippi statute that forbids abortions when a foetus is more than 15 weeks old. While voting against overturning Roe v. Wade, Chief Justice Roberts supported the statute.

“Ample evidence thus suggests that a 15-week ban provides sufficient time, absent rare circumstances, for a woman “to decide for herself ” whether to terminate her pregnancy.”

“I would decide the question we granted review to answer—whether the previously recognized abortion right bars all abortion restrictions prior to viability, such that a ban on abortions after fifteen weeks of pregnancy is necessarily unlawful. The answer to that question is no, and there is no need to go further to decide this case. I therefore concur only in the judgment.”

The Dobbs v. Jackson Women’s Health Organization case, in which the State of Mississippi sought to overturn Roe v. Wade and empower elected authorities to determine whether abortion should be legal or illegal, resulted in the court’s ruling. The Dobbs ruling upheld a 2018 Mississippi legislation that prohibited abortions for women who were 15 weeks pregnant or more, or about two months earlier than the Roe v. Wade precedent permitted. Roe v. Wade was not codified into law, and abortion is still a contentious topic in American politics.

The Mississippi statute was set to be upheld by the Court, returning the debate over abortion to the States, given the Court’s present makeup, which includes a majority of conservative justices.

The court may be getting ready to overturn Roe and eliminate federal protections for abortion rights, according to an initial draft opinion in the case that was leaked last month. States had already begun enacting stringent abortion regulations before the verdict.

Abortion is regarded as a felony offence in Oklahoma, and those found guilty face a ten-year prison sentence and a $100,000 fine.