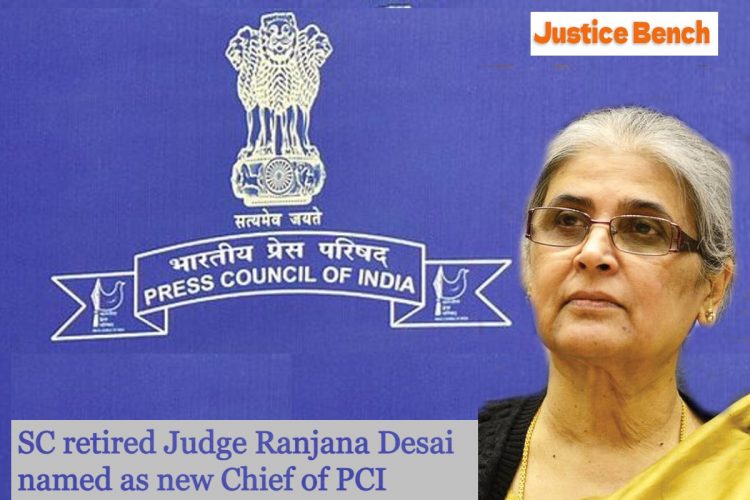 Justice (retd) Ranjana Desai, a former Supreme Court judge, was named chairman of the Press Council of India, the self-regulatory watchdog for print media, on Tuesday. While the public broadcaster has been without a chairman since the last one, Surya Prakash, stepped down, former CEO Shashi Shekhar Vempati stepped down last week following a five-year term.

Her appointment was authorized by a three-person selection committee that included the Speaker of the Lok Sabha, the Chairman of the Rajya Sabha, and one PCI member chosen by the PCI’s members.

The Delimitation Commission of India is currently chaired by Justice (retd) Desai and she also worked as a public prosecutor in Maharashtra and as a judge on the Bombay High Court in the past. She succeeds Justice (retd) CK Prasad, who stepped down in November 2021. Since then, the chairmanship of the PCI has been vacant.

Apart from the necessity to address ongoing complaints against print media, Justice (Retd) Desai’s nomination is essential since it fills a critical gap in the three-member search and selection committee that selects the Prasar Bharati chairman and chief executive.

While the government has granted the director-general of DD News, Mayank Agarwal, extra responsibility as CEO, the government’s required search committee will now be able to convene. The Vice-President of India and the I&B secretary are also members of the search committee, in addition to the PCI chairperson.