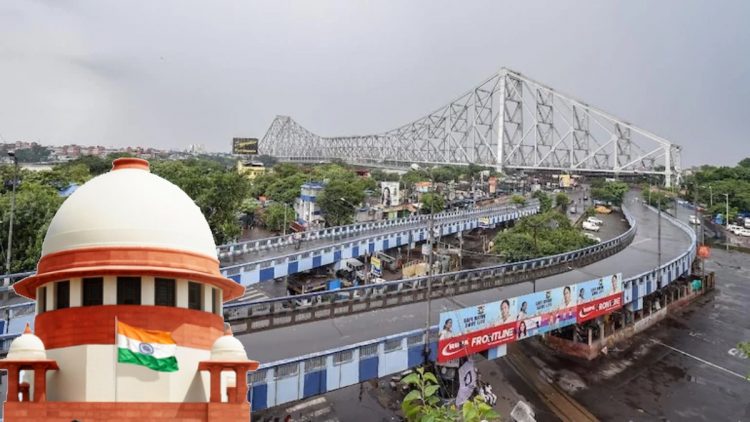 The Supreme Court in State of West Bengal & Ors. v Gitashree Dutta case held that the State Government was attempting to execute the Act, which includes a responsibility to alter the existing Targeted Distribution System, by recalling the vacancy of FPS.

The State of West Bengal’s decision to cancel Fair Price Shop (FPS) vacancies in order to execute the National Food Security Act, 2013, was recently affirmed by the Supreme Court.

The bench comprising Justices Abdul Nazeer and Vikram Nath found that the West Bengal government was attempting to execute the 2013 Act, which contained a responsibility to change the current Targeted Distribution System, by recalling the vacancy of FPS.

“The State Government was reposed with a responsibility for implementing the 2013 Act which, inter alia, entrusted a responsibility to reform the existing Targeted Distribution System. The respondent in an unfinalized selection process has no vested right in his favour to seek continuation of the notified vacancies. Hence, by recalling the vacancy notification, the State endeavored to enforce the statute and that there can be no estoppel against a statute“,

The Supreme Court was hearing an appeal filed by the State against a decision of the Calcutta High Court’s Division Bench, which concluded that the appellant-state was not justified in cancelling the declaration of FPS vacancies.

In 2014, the respondent took part in the selection process and was suggested as a first priority candidate, but no final appointment order was issued.

Later, the State government issued a notice cancelling the declaration made in the appellant’s favour.

The respondent went to the Calcutta High Court, where the plea was dismissed and the notification was upheld by a single judge.

The respondent subsequently filed an intra-court appeal, which resulted in a Division Bench decision in its favour, quashing the notification. The State of West Bengal had failed to defend its decision to recall the vacancies, according to the Bench, and had behaved arbitrarily and irrationally.

This caused the State government to file an immediate appeal with the Supreme Court.

The Supreme Court ruled that the respondent’s claim of a legitimate expectation cannot succeed over a State policy unless the policy is perverse, unjust, or irrational, or if it infringes any of the respondent’s fundamental or other enforceable rights.

The Court noted in this judgement that the cancellation of FPS openings was required for the execution of the 2013 Act and hence was not arbitrary or unreasonable.

The Court further pointed out that the advertisement for vacancies included a condition that allowed the State to reject applicants without providing a justification.

The apex court also dismissed the respondent’s claim of promissory estoppel because the statute’s mandate was followed.

The appellants were reposed with a responsibility of implementing the mandate of the 2013 Act, and more importantly, to bring about reforms in the existing Public Distribution System as stipulated under Section 12 of the said Act,“

As a result, it granted the appeal, striking down the Division Bench decision and upholding the single-judge order as well as the West Bengal government’s notification.