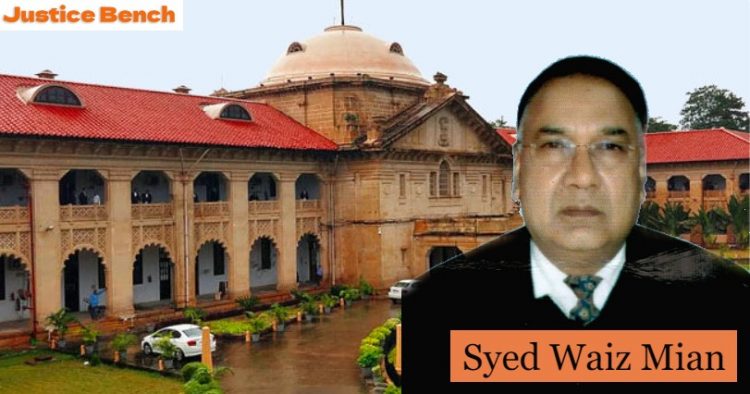 The Central Government has announced the appointment of judicial officer Syed Waiz Mian, who is now serving as District and Sessions Judge in Amroha, Uttar Pradesh, as an additional judge of the Allahabad High Court for a period of seven months until January 4, 2023. The notification was issued by the Union Law Ministry on Wednesday.

On February 4, 2021, the Supreme Court Collegium recommended Mian as one of eleven candidates for a judgeship.

Only seven of them had been certified by the central government, while the names of four others had been returned.

In September 2021, the Collegium re-iterated their recommendation.

The Allahabad High Court has a working strength of 94 as of June 1, 2022, compared to a sanctioned strength of 160.