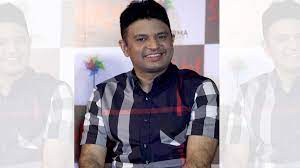 Recently, The Mumbai magistrate court rejected the police’s closure report in a rape case against T-Series’ chairperson and managing director, Bhushan Kumar, despite the complainant woman stating that she had no objection to the case being closed.

Last July, a 30-year-old woman filed a complaint, and the case was opened. According to Metropolitan Magistrate RR Khan, what was notable about the investigation was that after the offence was registered, neither the investigating officers nor the accused sought to arrest or anticipatory bail.

“B summary” report known as a closure report, was filed by the police mentioning the case as willfully false or when there is no evidence or a prima facie case against the accused after an investigation.

The survivor filed an affidavit after receiving the notice from police, claiming that the allegations were made by her as a result of a circumstantial misunderstanding. As a result, she wished to withdraw her allegations and had no objections to the B-Summary report’s approval.

A third person, Mallikarjun Pujari, however, objected to the report’s approval through a protest petition. He annexed various documents, including the survivor’s FIRs and a letter she wrote to him to support his case.

According to the magistrate, these initiatives demonstrated Bhushan Kumar’s desire to resolve the situation as soon as possible.

In addition, the Court directed the additional public prosecutor (APP) to pursue legal action against the complainant for violating the law. It also directed the APP to report the actions of the investigators to the Mumbai commissioner of police and the state Director General of Police.