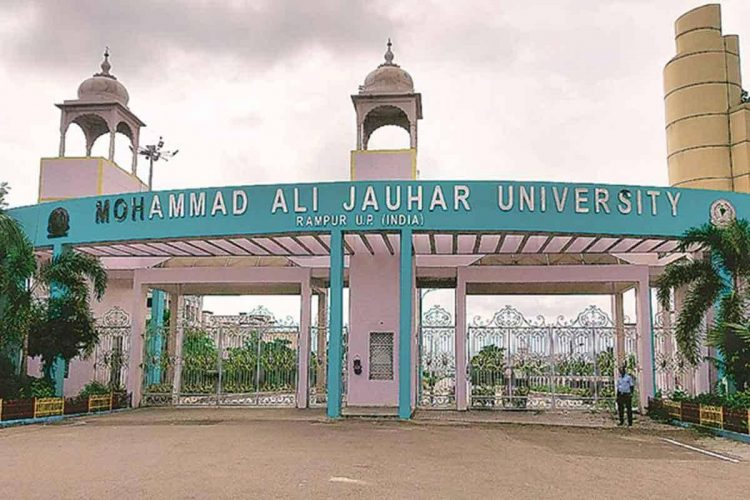 The Supreme Court stayed the takeover of a piece of land allotted to Mohammad Ali Jauhar University at Rampur.

This interim order was passed by the Bench of Justices Ajay Rastogi and CT Ravikumar while issuing notice to the State of UP in an SLP filed by the Maulana Mohammad Ali Jauhar Trust that assailed an Allahabad High Court order refusing to interfere with directions issued by the ADM, Rampur, for taking back around 400 acres of land which was allotted to the University. The trust in question is headed by Samajwadi Party leader Azam Khan.

The university was established in 2005 and the State of UP had given permission to the Trust to acquire about 400 acres of land against a ceiling of 12.5 acres for establishing the university. The permission was granted based on several conditions that were imposed.

However, in March 2020, the SDM of Rampur reported that the trust has violated several conditions, and based on this report, the ADM invoked its powers u.s 104/105 of UP Revenue Code of 2006 stating that the land in excess of 12.5 acres which is currently with the University will stand transferred to the State.

Aggrieved, the Trust moved the High Court which dismissed the Trust’s plea after noting that it had violated several conditions related to land allotment including the construction of a mosque which should not have been done as the land was allotted for educational purposes.

Now, the trust approached the Supreme Court by way of the instant petition.

Even though the Court opined that there is a violation of conditions, it stayed the High Court which directed the take over of the land allotted to the Trust and issued notice to the respondents (State of UP).

Title: Maulana Mohammad Ali Jauhar Trust, Lucknow vs. the State of UP