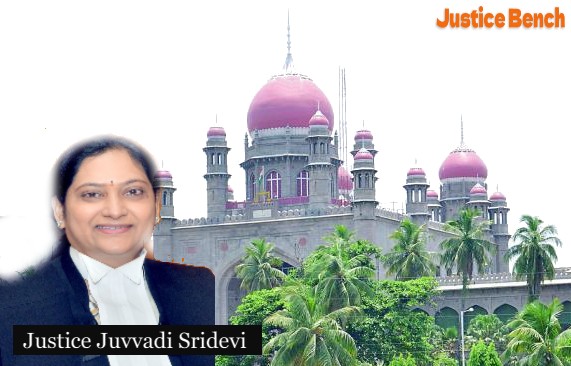 Recently the Telangana High court Bench comprising Justice Juvvadi Sridevi in the case of  A Kaluram vs the State of Telangana directed the police to comply with the requirement of issue of notice u.s 41A CrPC because the punishment for the offence is up to 7 years.

The Bench was hearing a criminal petition filed before it u.s 438 CrPC seeking pre-arrest bail for alleged crimes registered u.s 354B and 506 of IPC.

The petitioner-accused are a husband and wife who are shop tenants, and the complainant is the shop owner’s daughter-in-law.

The petitioners claimed that since her husband died, the complainant has been harassing her father and mother-in-law to transfer the shop into her name.

The Additional Public Prosecutor, on the other hand, argued that the application should be denied since the petitioners had already been served with a notice under Section 41A and had not responded, and that the investigation into the case was still ongoing.

Learned Assistant Public Prosecutor submitted that he has received instructions from the Police, Rajendranagar PS stating that they have already issued notice under Section 41-A Cr.P.C to the petitioner/accused No.1 on 19.04.2022 and he has not given any reply and that the investigation is still going on

After reviewing the case’s relevant papers, Justice Juvvadi Sridevi noted that the petitioner-accused No.2 was not served with the notice u.s. 41A CrPC, whereas only the first accused was.

The court further highlighted that the penalties for the claimed offences can range from one to seven years in prison, and ordered the police to issue a notice under section 41A to accused no. 2.

The Bench further ordered the case’s Investigating Officer to closely follow the procedure outlined in Section 41-A of the Criminal Procedure Code, as well as the Supreme Court’s rules given down in the Arnesh Kumar case. The court further ordered the IO not to arrest the defendant until the investigation is finished and the final report is filed.

The Court observed that a Section 41-A notice is the notice of appearance before a police officer in matters where the arrest is not required.

In view of the said discussion, this Criminal Petition is disposed of directing the Investigating Officer in Crime No.677 of 2022 pending on the file of Rajendranagar Police Station, Cyberabad District, to strictly follow the procedure laid down under Section 41-A Cr.P.C. and the guidelines issued by the Hon’ble Apex Court in Arnesh Kumar v. State of Bihar1. Till completion of investigation and filing of final report, the Investigating Officer is further directed not to arrest the Petitioners herein