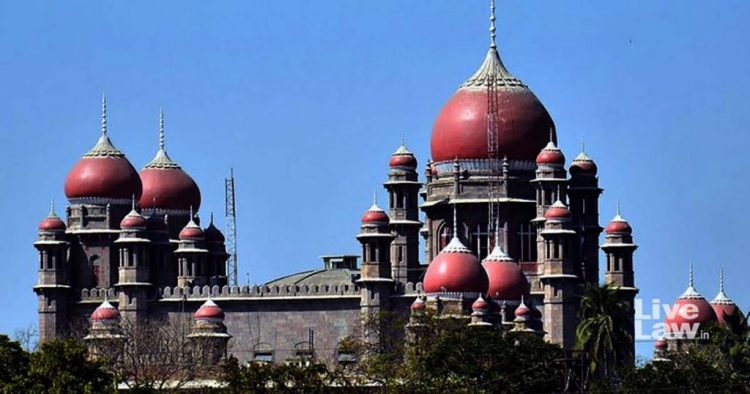 In the case of Jakka Vinod Kumar Reddy v AR Srinivas, Deputy Commissioner of Police, a Telangana High Court bench led by Justice G Radha Rani sentenced four police officials, including one Indian Police Service (IPS) officer, to four weeks in prison for contempt of court after finding that the officials were in willful disobedience of the Supreme Court’s judgement in the case of Arnesh Kumar v. State Of Bihar.

The accused had broken the highest court’s criteria for issuing a notice of appearance to the accused within two weeks of the case’s institution, according to Section 41A of the Code of Criminal Procedure (CrPC).

It further ordered the Telangana State Police Commissioner and the Commissioner of Police to take disciplinary action against the defendants for violating the Arnesh Kumar recommendations.

The petitioner had moved to the High Court stating that the police had issued a Look Out Circular (LOC) and sought Non-Bailable Warrants (NBW) against the petitioners without issuing a notice under Section 41A of the CrPC, which the Supreme Court had decided was a deliberate violation of the law.

The malafide LOC and falsely purchased NBWs, they said, resulted in the petitioner being subjected to excruciating humiliation in their social circles in a case involving cruelty and an offence under the Dowry Prohibition Act.

It was also claimed that the contemnors were depriving the petitioners of their dignity and personal liberty, as well as restricting their ability to visit their birth country.

As a result, the petitioner requested that the court hold the police accountable in order to dissuade errant police officers from violating the guidelines.

After examining the submissions, Justice Radha Rani found the defendants guilty of violating the Supreme Court’s guidelines by issuing a LOC or NBW without giving the petitioners any notice or an opportunity to substantiate their bona fides.

“I hold that the respondents had wilfully disobeyed the judgment of the Hon’ble Apex Court and therefore, they are liable to be punished for contempt of court,”

All four respondents were sentenced to four weeks in prison and a fine of INR 2,000 each as a result of this. The punishment was, however, suspended for six weeks to allow them to file an appeal.