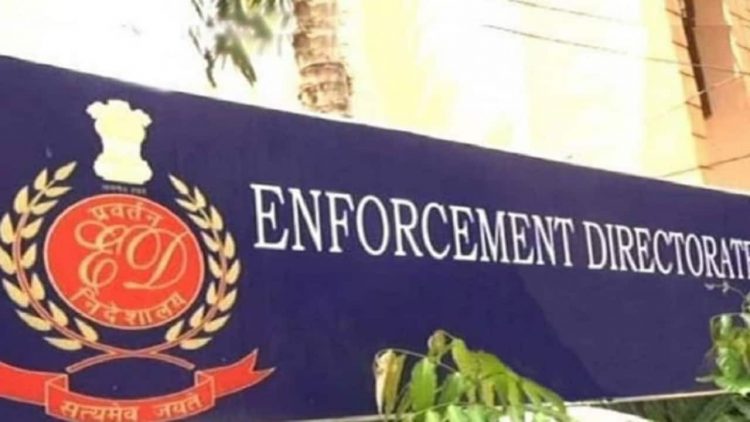 In the case of Dr. Jaya Thakur v. Union of India, the Central government argued before the Supreme Court on Monday that the petitions opposing the tenure extension of the current Director of the Enforcement Directorate (ED), Sanjay Kumar Mishra, are motivated by politics because the petitioners are members of political parties whose leaders are currently the subject of an ED investigation.

The petitioners Jaya Thakur, Saket Gokhale, Randeep Singh Surjewala, and Mahua Moitra are members of either the Trinamool Congress or the Congress party, whose top officials are under investigation by the ED, according to an affidavit submitted to the Supreme Court by the Centre.

At least 8 applications contesting the extension of Mishra’s tenure have been submitted by leaders of the Congress and TMC, among others. The other petitioners are Manoharlal Sharma, Krishna Chander Singh, and Vineet Narain. According to the petitioners, the top court’s September 2021 ruling against further extensions to Mishra’s tenure was violated by the Central government’s move to extend Mishra’s tenure.

In that decision, the Supreme Court upheld a prior ruling by the Central government on November 13, 2020, expanding Mishra’s appointment order’s tenure from two to three years and making retroactive revisions. Mishra was initially chosen as the ED Director in November 2018 for a two-year term. In November 2020, the two-year tenure came to an end. He would be 60 and be eligible for retirement in May of 2020. On November 13, 2020, the Central Government, however, published an office order in which it was said that the President had modified the 2018 order, changing the time period from “two years” to “three years.” The NGO Common Cause contested this before the Supreme Court.

The Central government has the authority to implement retroactive amendments, but only in the rarest of circumstances, according to a September 2021 ruling by a bench of Justices L Nageswara Rao and BR Gavai. The Court had additionally ruled that Mishra’s term, which was about to expire, could not be prolonged. The Central government passed an ordinance modifying the Central Vigilance Commission (CVC) Act following the Supreme Court’s ruling from the previous year, giving it the authority to increase the ED Director’s term to five years. The top court has now heard a challenge to this.

The Center supported the extension by claiming that it was necessary since the specialised work needed to be managed by a premier agency is an ongoing process and the person in charge of the organisation should have a term of 2 to 5 years. The Center argued that there is a clear political motivation for bringing this public interest lawsuit.

The affidavit further noted that the top court has condemned the practise of receiving an increasing number of public interest litigation petitions in service problems. In addition, the government emphasised that the amendments to the relevant statutes, the Central Vigilance Commission Act of 2003 and the Delhi Special Police Establishment Act of 1946, made by the CVC (Amendment) Ordinance of 2021 and the DSPE (Amendment) Ordinance of 2021 (both of which have since become Acts), did not change any provision relating to supervision of these agencies. The two statutes now specifically address the tenure with unambiguous enabling provisions.

In support of this claim, the Central government asserted that

Hence their tenure may need to be extended beyond the initial terms in special circumstances, on the recommendation of the committee prescribed under the respective statute and for reasons to be recorded in writing. There is no embargo that the term of Director CBI or ED cannot be more than two years,

The affidavit emphasised the three requirements under Section 25(d) of the CVC Act for extending the tenure of the ED Director in order to demonstrate the point of independence:

Additionally, it has been said that the Chief Vigilance Commissioner, who is chosen by the Prime Minister, Leader of the Opposition, and Home Minister, serves as the committee’s chair.

The petitioner would only be convinced that these agencies are independent if these agencies were to turn a blind eye to the offences committed by the political leaders of their political party,”

Senior Advocate KV Viswanathan was chosen by the Supreme Court earlier today to serve as an amicus curiae in the case.

On September 12, the subject will be heard in court.