The Delhi High Court Bar Association pleads with the court to stop the election’s postponement. 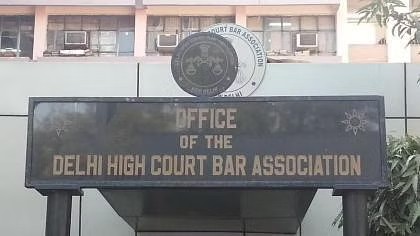 The Delhi High Court Bar Association (DHCBA) filed a lawsuit against the University of Delhi and other parties in the Delhi High Court to contest the postponement of its elections due to a lack of electronic voting machines (EVMs).

On Sunday, the petition was scheduled to be heard by Justice Sanjeev Narula. After listening to the case for a while, the court requested the advocates for both parties to discuss it. At 2:30 PM, Justice Narula will now take up the matter.

Elections for the DHCBA were postponed indefinitely after Delhi University (DU), which was supposed to supply the electronic voting machines, demanded payment of 1.1 crore.

The DU demanded the money, claiming that the Patiala House Court had ordered the preservation of the voting devices it had provided for the 2019 elections due to claims of electoral fraud.

But according to DHCBA, the University’s arbitrary allegations cannot be permitted to invalidate the election because the court has ordered that the EVMs be retained. The DHCBA elections are set to begin with the nomination process on Monday and end with voting on September 28.