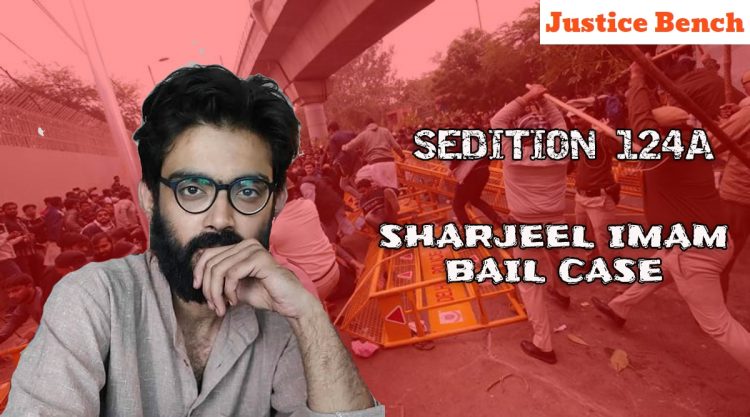 The Delhi High Court has ordered Sharjeel Imam to apply for bail in the Sedition case before a lower court.

Imam applied to the High of Court Delhi for bail in the Sedition charge filed against him for his anti-CAA/NRC statements at Jamia and AMU.

On Thursday, the Delhi High Court directed Sharjeel Imam to apply for bail in the Sedition case filed against him for allegedly making provocative speeches against the Citizenship Amendment Act (CAA) and the National Register of Citizens (NRC).

In light of the Supreme Court’s ruling to stay all ongoing appeals and actions related to the charge established under Section 124A of the Indian Penal Code, which criminalised Sedition, a Division Bench comprising Justices Mukta Gupta and Mini Pushkarna issued the order.

Following the apex court’s judgement, Imam filed a plea for bail in his already ongoing appeal before the High Court.

However, Special Public Prosecutor (SPP) Amit Prasad objected today, claiming that under Supreme Court guidelines issued in a 2014 case, any such bail plea must first go before the trial court, and only if the relief is denied may the accused proceed to the High Court.

Following the recording of the SPP’s submission, the Court gave Imam’s lawyer, Advocate Tanvir Ahmed Mir, permission to proceed to the lower court.

Imam said in his fresh plea before the High Court that the lower court refused him bail because it saw fit to draught Sedition charges against him after determining that a prima facie offence under Section 124A had been made proven against him.

His application, filed on May 12, indicated that the case against him has been drastically weakened, which improves his chances of obtaining bail.

“In view of the Hon’ble Supreme Court’s directions, the hindrance raised by the Ld. Special Court in the impugned order stands obviated, and observations surrounding the offence under section 124-A IPC cannot be taken into consideration in the proceedings against the Appellant pending the final outcome of the Constitutional challenges to the section,”

On August 26, the High Court will hear Imam’s appeal against the Sedition accusations being filed against him.