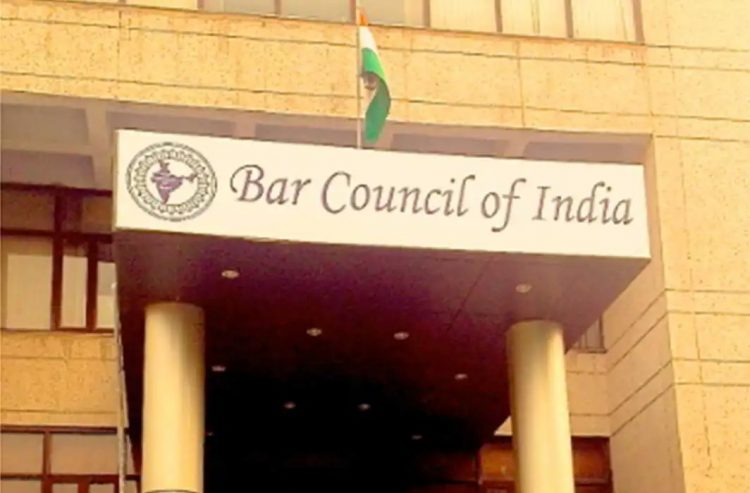 A Korean national who earned a law degree in India made a request to the Bar Council of India (BCI) on Tuesday asking that he be allowed to practise law there.

The Korean national’s appeal to the Delhi High Court contested BCI’s 2020 decision to deny his eligibility for inclusion as an advocate on the Bar Council of Delhi’s rolls in accordance with the Advocates Act.

According to the petitioner, a Korean national who studied law in India should be permitted to practise in India under section 24 of the Advocates Act because an Indian person who earns a law degree in Korea is eligible to do so.

A law graduate who is lawfully qualified in India must get a Juris Doctorate degree in Korea in order to be eligible to appear for the South Korean National Bar Examination, according to a letter from the Bar Council of India to secretaries of State Bar Councils.

The letter added that it was noted during a council meeting that section 24(1) of the Act utilises the term “may” rather than “must.” According to BCI, this qualifies the proviso as directory, hence it is not required of BCI to include a citizen of another country as an advocate on a state bar roll.

It is at the discretion of the Bar Council to admit a foreign national into State roll or not and it can be denied by giving sufficient reasons, merely the reason that citizen of India who is duly qualified is permitted to practice law in the other country shall not bind Bar Council to admit any foreign or non-citizen into the Indian advocates roll,

Additionally, the letter said that the council believed that an Indian citizen who has earned an Indian law degree and is appropriately qualified in that regard should be allowed to practise law in South Korea based on that degree, even though this was not the case.

Additionally, it was noted that an Indian law degree holder is not permitted to practise law in South Korea based only on their LLB degree during the discussion, which also covered section 47 (Reciprocity) of the Advocates Act.

Additionally, the BCI reasoned that if the petitioner was enrolled as an advocate and participated in unethical conduct, no legal action could be done against him if he left Indian soil and crossed into another country’s territory.

In addition, it was anticipated that the petitioner’s enrollment would open the door for previously unheard-of foreign-born individuals to join the Indian Bar.

his will open the floodgates to the Indian Bar, and soon citizens of Nepal, Sri Lanka, Nigeria, Bangladesh, Bhutan etc. may be seen entering the Indian bar, which may not go down well with Advocates who are Indian citizens, whose rights, privileges and interests are to be safeguarded by the Bar Council of India as per section 7(1)d of the Advocates Act, 1961

The BCI instructed the State Bar Councils and Bar Associations across the nation to provide their views and opinions on the subject after having joint meetings in phases because it required more extensive deliberation and debate with all stakeholders.
Since the Delhi High Court has scheduled the case for September 21, 2022, it ordered the State Bar Councils to provide their conclusions by September 17, 2022, in order to allow for the filing of an affidavit in this respect.

After then, BCI Counsel asked for a postponement when the case was scheduled for hearing on September 1.
The Delhi High Court will now hear the case on September 21.