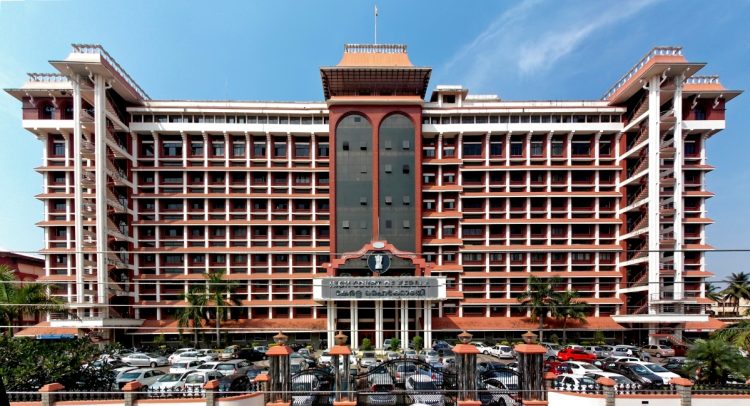 On Monday The Kerala High Court Bench comprising Justices K Vinod Chandran and C Jayachandran in the case of Vijith Vijayan @ Pachha @ Balu @ Musafir @ Ajay v Union of India has observed that the evidence against the accused, Vijith Vijayan, prima facie demonstrated that he was a key member of the Communist Party of India (Maoist), a banned organisation,

Vijith Vijayan, the fourth accused in a Maoist terror case filed in 2019, had his bail application denied by the Kerala High Court on Monday.

The material against the accused, according to a Division Bench of Justices K Vinod Chandran and C Jayachandran, prima facie showed that he was an important member of the Communist Party of India (Maoist), a proscribed organisation, and was involved in propagating a revolting ideology against elected governments.

“The allegations raised are also not of mere possession of documents or presence in gatherings organized by the proscribed association. Prima facie it has to be found that the appellant was a member and occupied an important position at the organizational level; actively involved in propagating the ideology of revolt against the elected governments and engaged in recruitment as also defining the manner in which the ideology is to be effectively implemented in society,“

The Court was hearing Vijayan’s appeal against a ruling of a Special NIA Court in Ernakulam, which had denied his bail application.

Sections 120B of the Indian Penal Code and Sections 13, 38, and 39 of the Unlawful Activities (Prevention) Act, 1957 were used to prosecute the accused (UAPA).

Vijayan’s advocate, KS Madhusoodanan, pointed out that two of the co-accused had already been granted bail.

He cited the Supreme Court’s decision in Thwaha Fasal & Anr. v Union of India, in which one of the accused was granted bail after the Kerala High Court had denied his bail application.

It was claimed that Vijayan was wrongfully charged in the case and that the NIA investigation found no evidence linking him to Maoist extremism.

Vijayan is a member of the CPI(Maoistsemi-underground )’s cadre, tasked with functioning and propagating the ideology in urban areas, according to Assistant Solicitor General S Manu, standing for the NIA.

He claimed that the evidence proved that Vijayan, who was a member of the Students Federation of India (SFI) in college, was misled and ended up with the student group Padantharam, which aggressively promoted Maoist doctrine.

Hundreds of copies of notifications carrying propaganda material were also discovered at the appellant’s home, according to the evidence.

The ASG argued that because the extra charge-sheet had been filed, there was no basis for any delay because the trial would begin right away.

The Court went through the Supreme Court’s decision in Thwaha Fasal, in which it was reaffirmed that the court’s role is to consider whether the material in the charge-sheet provides a reasonable basis for believing the accusation against the accused is prima facie true, rather than to hold a mini trial or to meticulously examine the accused’s defence.

While the case against the two accused who are out on bail lacked sufficient evidence to reach a prima facie conclusion of guilt, the Court found that this was not the case in this case.

“The general purport of the document in the handwriting of A4 (Viajyan) prima facie establishes the active participation of the accused in the organizational development and propagation of ideology, both running contrary to the established administrative machinery controlled by an elected Government“,