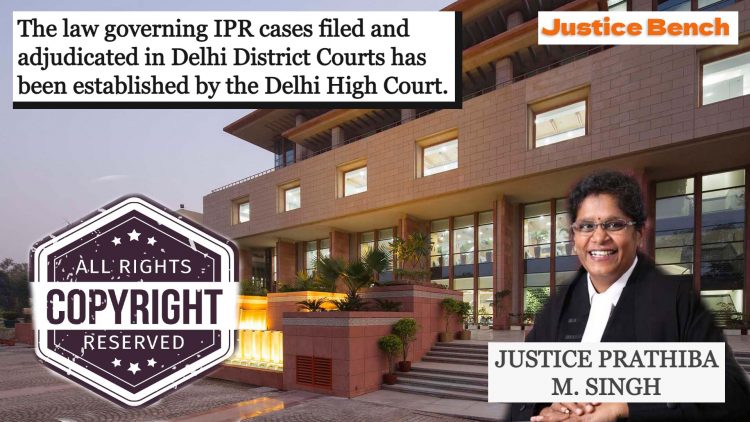 The law governing IPR cases filed and adjudicated in Delhi District Courts has been established by the Delhi High Court.

The Hon’ble Court has instructed that in IPR proceedings, the assessment should typically be INR 3 lakhs and more, with appropriate court fees paid.

As a result, any IPR claims filed in Delhi’s District Courts would have to go through the District Judge first (Commercial). If the valuation is less than Rs. 3,00,000/-, however, the commercial court must evaluate it to verify that it is not arbitrary or irrational. If the commercial court finds that the value is correct, the suit will proceed as a non-commercial suit, although it will be tried by the commercial court without the Commercial Courts Act, 2015 being applied (hereinafter the CCA). If the Court is not pleased with the valuation, the Plaintiff will be required to revise the Plaint and pay the required court fee in line with the law.

Because the Court recognised that valuing intellectual property is a complex process in and of itself, and because several IPR cases are already pending before various ADJs in various Delhi District Courts, the Court invited submissions and suggestions from some of the IPR fraternity’s learned counsel to gain a better understanding of their perspective on this complex issue. The majority of the lawyers who assisted the Court believed that the District Judge should be the correct forum for IPR cases in Delhi (Commercial).