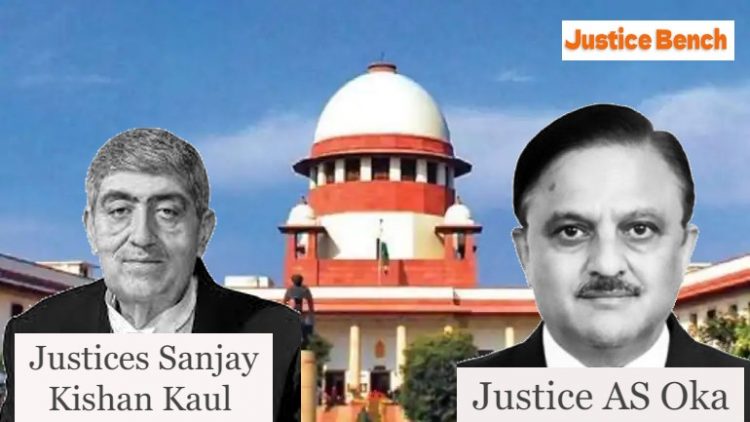 Justices Sanjay Kishan Kaul and AS Oka, sitting as a Supreme Court bench, criticised the new approach of listing cases on non-miscellaneous days (Tuesdays, Wednesdays, and Thursdays) on Tuesday.

The bench observed that there are too many cases in the afternoon session under the existing listing system, leaving the bench with insufficient time to discuss things scheduled for final disposition.

One of the first changes made by Chief Justice of India (CJI) UU Lalit after assuming office concerned the hearing of matters in the Supreme Court on days other than random ones (Tuesdays, Wednesdays and Thursdays).

Accordingly, the Supreme Court currently hears normal cases in the morning session (10.30 am to 1 pm) and miscellaneous and after notice cases in the afternoon session on non-miscellaneous days (2 pm to 4 pm). Prior to now, it was customary to address miscellaneous issues first before moving on to the normal hearing.

The argument raised by the Justice Kaul-led bench is that this has left very little time to evaluate routine final disposal matters.

The case has now been scheduled for November 15, 2022, by the panel led by Justice Kaul, who is also a member of the top court collegium.